Ron Paul fans breathed a sigh of relief Friday after his son, Sen. Rand Paul tweeted, “Dad is doing well.” He also shared a photo of the career congressman and three-time presidential candidate. Ron Paul had a smile and thumbs up for his concerned well-wishers.

Earlier in the day, the Texas Republican with a fierce independent streak appeared to have a stroke during a live-stream. He was hospitalized as a precaution and seems to be in stable condition now.

But what many didn’t know was in the hours before his health scare, Ron Paul and his public policy institute were battling YouTube. The video platform removed a recent episode of the Ron Paul Liberty Report this week.

In it, the former congressman discussed reports of fraud related to the Covid pandemic. Paul cited a former chief science officer at Pfizer and a former CDC official as sources.

YouTube warned the content violated its policy against “spam, deceptive practices, and scams.” Further, the company warned Ron Paul could lose his channel permanently if he persists in violations. That would put the 13-term congressman in the same league as fringe-right figures like Alex Jones, Milo Yiannopoulos, and Stefan Molyneux.

The Paul camp made repeated requests for clarification from YouTube to avoid future violations. Eventually, they received an email stating more specifically:

YouTube doesn’t allow content that explicitly disputes the efficacy of the World Health Organization (WHO) or local health authorities’ recommended guidance on social distancing and self isolation that may lead people to act against that guidance.

Notably, YouTube has not removed videos of President Donald Trump saying point-blank that the WHO “got [coronavirus] very wrong.” For example, there’s this one posted by ABC News in April, watch: 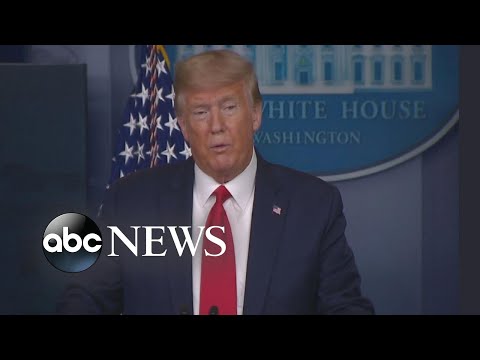 Sen. Rand Paul is an apple that hasn’t fallen far from the tree. He and the CDC’s Dr. Anthony Fauci have waged a bitter feud over Covid policy for weeks.

YouTube’s email to the Ron Paul Institute highlights a remarkable content policy in the post-Covid era. The company is saying it does not allow users to question the UN health agency.

All year, social media giants have worked to combat “misinformation about coronavirus.” But the WHO itself has questioned and overturned its own guidelines this year.

That includes how coronavirus is transmitted, whether or not to wear masks, and if hydroxychloroquine holds promise as a Covid therapy. WHO Chair Tedros Adhanom Ghebreyesus says that’s because the organization learns new information about the virus every day. It updates guidelines accordingly.

Someone should ask YouTube if it’s possible for the WHO to learn something new from the public, maybe even a career doctor and Capitol Hill lawmaker like Ron Paul.