Xbox Game Pass Has Turned Games With Gold Into a Wasteland

Xbox Game Pass is the best deal in gaming, hands down. For a low fee, players have hundreds of games on offer – all downloadable and playable to their completion. However, the rise of this prominent service has meant the downfall of another: Games with Gold.

Xbox Game Pass is Taking Over

Games with Gold, Xbox’s original free monthly game offering and answer to Sony’s PlayStation Plus service from years before, is falling apart.

This month’s offering is the definition of weak. Aside from Costume Quest, October’s free titles are a ton of unknown fluff. And it has been this way for months.

The past few offerings have been mediocre at best, providing us with about one good title out of four on average. In September, we saw The Division and de Blob 2. The former title has been eclipsed by its sequel, while the latter was just an alright romp. August was the Minecraft knock-off Portal Knights and a random mech game alongside two random Xbox titles. 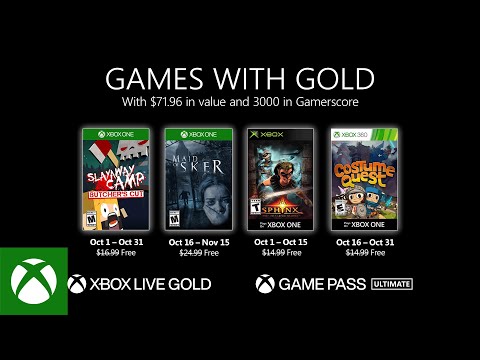 Meanwhile, Game Pass has seen the likes of Wasteland 3, Halo 3: ODST, Resident Evil 7, and Crusader Kings III in just the last two months. It leaves one to wonder why Xbox is even offering Games with Gold anymore.

What’s the Point of Owning?

It’s important to note that we don’t own Game Pass titles. Games with Gold ones, we do, assuming you redeem them on time. But if Xbox isn’t providing titles worth owning, then what’s the point anymore?

That money could go toward bringing more games to Game Pass or toward improving the Xbox Live ecosystem. Microsoft already appears to be redirecting its attention to Game Pass, as Games with Gold feels like an afterthought nowadays.

Remember when we used to get titles like Gears 4, Hitman, Battlefield 1, and Metal Gear Solid 5 on this service? We haven’t seen a month like that in, well, months.

Maybe we’ll see the service retired with the launch of the Xbox Series X. That, or they can start offering last-gen power hits to keep the service alive. I’m leaning toward the former, though.