With so much late-stage money available, why are tech companies going public now? 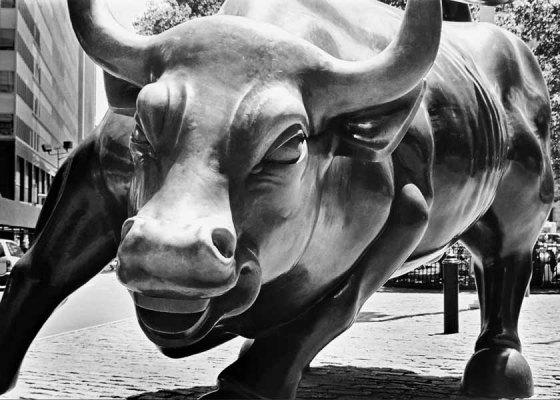 Ajay Chopra co-founded Pinnacle Systems in his living room and grew it to a multi-billion dollar public company before becoming a venture capitalist with Trinity Ventures.

Ringing the Nasdaq market bell was the thrill of a lifetime — both when I did it as a founder and also vicariously as a VC via my incredible founders who have taken their companies public. There’s nothing like seeing the baby you nurtured mature into a multibillion-dollar public entity.

But times have changed. The dramatic influx of late-stage venture capital is enabling companies to slow walk their public offerings. In addition, the accumulation of mountains of cash by strategic buyers and the rise of private equity buy-out firms are making other forms of exits viable options.

Case in point: The number of publicly listed companies has dropped 52%, but entrepreneurship momentum hasn’t slowed; it has actually accelerated. Many of the companies that are finally going public this year are doing so several years after they could have — and would have — in years past. When Uber went public this year, its valuation was so large that it would have registered as 280 on this year’s Fortune 500 list. TransferWise prolonged any move to the public markets through a secondary sale that allowed them to stay private while more than doubling their valuation.

IPOs aren’t for everyone or every company — or indeed for most companies. According to PitchBook, only 3% of venture-backed companies in the last decade eventually went public. Most startups that don’t go public never had the option to do so. However, some founders who could IPO are actively choosing to delay IPOs due to the many challenges of managing a public company.

For starters, employee moods shift with the stock price. I once had an employee mad at me for not telling him to sell when I knew we were going to have a weak quarter. That would have been illegal! Also, IPOs come with a burden of public scrutiny; the administrative hassles take up precious time, and 90-day reporting cycles often conflict with long-term strategic planning. In addition, many public investors are only interested in short-term moves; plus, there’s the related risk of activist investors upending the company’s long-term strategy in pursuit of their own short-term goals.

Despite the challenges, going public is still important for many high-growth companies. Here’s why:

For those founders with their eye on the IPO ball, here’s my advice:

Every company charts its own path to success, so what’s best for one company isn’t necessarily what’s best for another. I personally wouldn’t trade my experience of going public for the world, and I believe that the talented founders taking their companies public this year feel the same way. What’s great about today’s market environment is that going public — or not — is a choice that lies squarely where it should: in the hands of founders.