With Chandrayaan-2 launch, India’s ISRO shoots for the Moon on a shoe-string budget

India took a giant leap in its space program on Monday after its space agency launched a spacecraft that is scheduled to touch down on the Moon in September.

The Indian Space Research Organization (ISRO), which is India’s equivalent of NASA, confirmed the successful launch of the spacecraft as the nation inches closer to become only the fourth country — after the United States, China, and Russia — to land a spacecraft on the Moon. Chandrayaan-2 aims to land on a plain surface that covers the ground between two of the Moon’s craters, Simpelius N and Manzinus C.

If successful, India will also become the first country to achieve a soft, controlled landing close to the Moon’s south pole.

The 142-feet-tall rocket was originally scheduled to launch from the Satish Dhawan Space Centre, Sriharikota in Andhra Pradesh on July 15, but ISRO postponed it less than an hour ahead of the deadline citing a “technical glitch.” ISRO said it resolved the issue last week.

Everything about India’s homegrown lunar mission — dubbed Chandrayaan-2 (Sanskrit for “moon vehicle”) — is a technological marvel.  The spacecraft — which is sitting atop the country’s most powerful rocket to date, a Geosynchronous Satellite Launch Vehicle called Mark III — is carrying an orbiter, a lunar lander called Vikram and six-wheeled rover Pragyan (Sanskrit for “wisdom”). In early September, the lander, which is named after Vikram Sarabhai, the father of ISRO, is scheduled to detach from the orbiter. Until then, Chandrayaan-2 will embark on a slow journey to the Moon, staying in an elliptical orbit.

The mission’s budget is just $141 million, significantly lower than those of other countries, and less than half of the recently released blockbuster “Avengers: Endgame.” The orbiter is designed to operate for at least one year, but lander and rover are expected to operate for just a couple of weeks.

“Chandrayaan-2 is unique because it will explore and perform studies on the south pole region of lunar terrain which is not explored and sampled by any past mission. This mission will offer new knowledge about the Moon,” India’s Prime Minister Narendra Modi said in a statement.

“Efforts such as Chandrayaan-2 will further encourage our bright youngsters towards science, top quality research and innovation. Thanks to Chandrayaan, India’s Lunar Programme will get a substantial boost. Our existing knowledge of the Moon will be significantly enhanced.”

The lift-off, which took place at 14:43 IST (local time), was broadcast live on some free-to-air TV channels. The successful launch prompted a flood of congratulatory messages on social media as millions of Indians expressed their excitement. 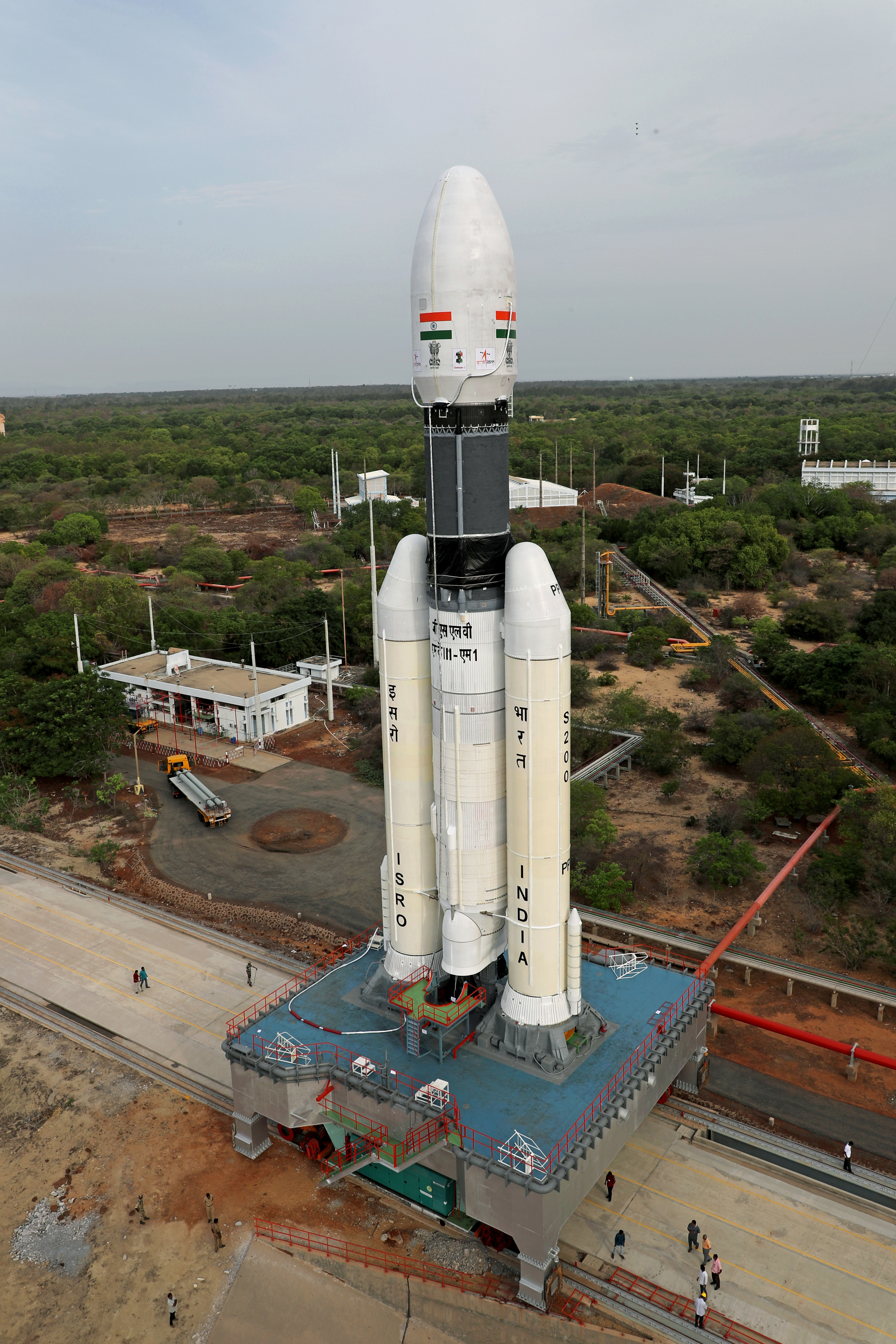 The spacecraft that was launched today/ Image: ISRO

The Chandrayaan-2 mission is aimed at analyzing minerals on the south pole of the Moon, a region that has not been closely studied yet. So the Chandrayaan-2 lander is equipped with a suite of instruments, including spectrometer and cameras, among others to map the lunar surface, look for water, and measure moonquakes and temperature of the soil.

In a statement released earlier this month, ISRO said the Chandrayaan-2 will “boldly go where no country has ever gone before.”

As the name suggests, Chandrayaan is not India’s first lunar mission. In 2008, the nation sent orbiter Chandrayaan-1 that played an instrumental role in helping confirm the presence of water ice in the lunar craters. In 2013, ISRO also launched an orbiter to Mars in its maiden $74 million interplanetary mission — a fraction of the $671 million NASA spent for a Mars mission in the same year. In 2017, ISRO also deployed a record 104 satellites into the space in just 18 minutes.

ISRO has come a long way and specialized in low-cost space launches since the early 1960s, when components of rockets were transported by bicycles and assembled by hand in the country.

Last month, ISRO unveiled its intentions to have its own space station in the future and conduct separate missions to study the Sun and Venus. It will begin working on its space station following its first manned mission to space, called Gaganyaan (which means “space vehicle” in Sanskrit), in 2022 — just in time to commemorate 75 years of the country’s independence from Britain. The government has sanctioned Rs 10,000 crores ($1.5 billion) for the Gaganyaan mission.

“While navigation, communication and Earth observation are going to be the bread and butter for us, it is missions such as Chandrayaan, Mangalyaan (Sanskrit for “Mars vehicle”) and Gaganyaan that excite the youth, unite the nation and also pave a technological seed for the future,” said Dr. Kailasavadivoo Sivan, chairman of Indian Space Research Organization (ISRO) at the time.

Special moments that will be etched in the annals of our glorious history!

The launch of #Chandrayaan2 illustrates the prowess of our scientists and the determination of 130 crore Indians to scale new frontiers of science.

“It is the beginning of a historical journey of India towards the moon,” Sivan said in a press conference today. “It is my duty to salute all the people who have done the work.”