Will this tech close on never-ending real estate waiting periods? 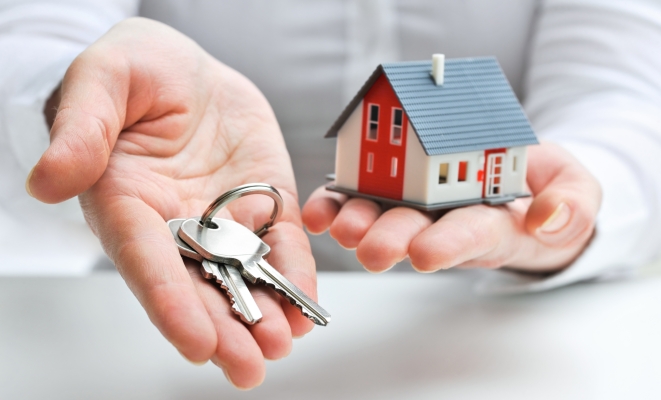 Bennat Berger is a tech writer and real estate professional based in New York City. He has written extensively about the often-disruptive impact that innovative tech — and, in particular, AI — has on culture and business.

The most anticipated part of every real estate transaction is being done with it.

Every seller looks forward to the moment of closing: the period where all involved parties put a bow on the sale and the keys get handed over to the happy new owners. The closing is by nature the most complicated part of the proceedings. The task of tying together every loose end and officially sealing the deal can end up dragging on and on, a proceeding somewhat at odds with today’s lightning-paced business environment.

There’s also the fact that, for an everyday homebuyer unaccustomed to the ins and outs of real estate purchases, the process shuts them out and leaves them waiting.

It’s a bit ironic that an industry that’s been streamlined through tech in so many ways has left its most complex aspect nearly untouched. Today’s real estate customer has an amazing number of tools at hand to make the process easier for them. They can trawl the web to find the ideal neighborhood for their new dwelling or business, skim through listings on multiple websites (complete with floor plans and detailed photo albums) and deal directly with sellers or landlords to eliminate traditional brokers’ fees. The front end of the process has become nearly painless. It’s the back end, getting to the finish line, where many find that the speed they were previously enjoying has slowed to a crawl.

Many readers may now be thinking: If closings are simultaneously incredibly important but also incredibly immobile and opaque, isn’t there a better way to make it happen? As with many other long-standing speed bumps in business and elsewhere, the tech community has come forth with several different attempts at a solution. A number of competing startups have produced tools that claim to bring this month-plus process down to a much more manageable time frame. 2018 saw two prominent attempts at becoming the top dog in this niche get nearer to the top: Modus, formed by vets of food-delivery startup Peach, and JetClosing, which closed a $20 million round of funding after two years of existence.

While each company’s founders can likely enumerate their differences better than I could, the services perform essentially the same task: shrinking closing times from the 44-day average down to a more manageable span. They do this thanks to the communicative powers of the internet, cutting down waiting time by enabling several different steps to happen at once.

Some hoary old standbys may be in for a rude awakening.

Much of the closing process is done by rote, so there’s room for automation — as long as every step is open and transparent. The potential for legal hiccups is lessened when tech tools can assure everyone is on the same page. JetClosing even throws in a title scoring system to sweeten the deal.

The big-bucks excitement over these companies’ potential is the clearest signal possible that the industry is on the precipice of a transformation. When it comes to title and escrow and other financial details that snag real estate closings, the involved parties are often long-standing institutions with little interest in making their work more transparent. Thanks to the expected rise of closing-quickening tech, some hoary old standbys may be in for a rude awakening. But it may be the case that real estate won’t be the only beneficiary of these new software rollouts.

It stands to reason that if these startups can fix the logjam in real estate closings, there are more ways businesses of all types can take advantage of their process-management tools. The mind wanders: Perhaps even onerous courtroom procedures can use an injection of smart technology to bring down waiting times for trial lawyers and defendants. If the legal hurdles involved in keeping a big-money real estate transaction both fast and transparent can be negotiated, why not apply the same tactics to the achingly slow process of appeals courts? With the use of cloud-based tech inhabiting more and more of public life, it’s not too far-fetched an idea.

In the world of real estate, we may finally be entering an era when the once-meandering part of the process is as easy as turning the keys for the first time. There’s sure to be near-universal interest on the part of all involved to speed up closing; after all, each are likely champing at the bit to either move in to their new space or get paid for their former property. With so much competition to be the go-to closing handling service, it seems clear that no matter who wins that battle, both buyers and sellers will end up feeling victorious.