Why Has Bill Clinton Not Been ‘Canceled’ Like Prince Andrew?

Anyone who’s been following British news of late will know that Prince Andrew and former U.S. President Bill Clinton have been subject to much scrutiny over their links to pedophile Jeffrey Epstein.

Scrutiny for links to such a deplorable individual is only right, but to some, Prince Andrew is already guilty and should be treated as such.

Strip him of his royal titles, throw him in the Tower of London and leave him to rot, and so forth.

All this, and he has not been proven guilty of anything (yet). He is also not being treated as a criminal suspect by any law enforcement agency.

Still, let’s not allow the facts to get in the way of a little royal bashing, shall we?

Good old Bill Clinton has also been associated with the deplorable Jeffrey Epstein.

The New York Post is reporting that Clinton had dinner with Ghislaine Maxwell in Los Angeles, with a source claiming:

This is an intimate dinner with Clinton in LA. Think of all the people [Clinton] knows in LA — and Ghislaine gets to attend.

It’s reported that Clinton’s camp was “relieved” that news of the dinner didn’t get out when Bill was being linked to Epstein.

The truth is, Bill Clinton was friends with Jeffrey Epstein in much the same way Prince Andrew was.

Both flew on Epstein’s planes, and both were spotted at Epstein’s private island.

The reaction to both is somewhat different, however.

When It Comes to Bill Clinton, the Reaction Is Muted Compared to Prince Andrew

The left-wing media and Twitterati reaction could not be more different when it comes to everyone’s favorite former president.

Now, before I go any further, let me say that I know all about President Donald Trump’s links with Jeffrey Epstein up until their falling out in 2004.

I’m no fan of Trump, and if he’s found guilty of any wrongdoing, he should face the consequences, just like Prince Andrew and Bill Clinton should.

I mention this because I know that it will be raised by those who wish to dampen accusations against Bill Clinton.

This should not color our views of Bill Clinton and his relationship with Jeffrey Epstein, however. Watch the video: 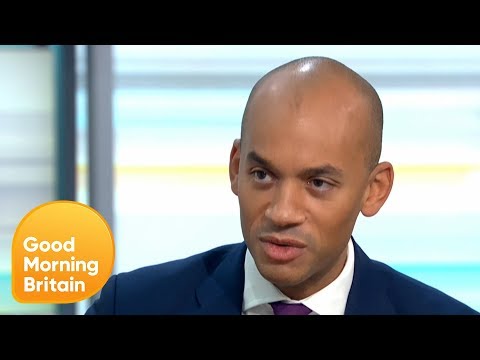 Why Does the Liberal Media Mention Trump Whenever Clinton’s Name Is Raised?

In what can only be described as a colossal game of political whataboutery, we see how little the media and the general public care about the fact that young women and girls were subjected to abuse by Jeffrey Epstein and his cohorts.

Such political zealots’ interest is only ever piqued when a figure they dislike is linked with said abuse.

Rather than focusing on the claims made against Clinton, we see deflection tactics that raise the issue of President Trump.

We see the reverse when the left raises links between Trump and Epstein, with the right pointing out links to Clinton.

This stands in direct contrast to how Prince Andrew is treated. No one deflects from the accusations made against him, and despite claims to the contrary, he is vilified in the British media.

Prince Andrew Is Paying the Price, While Bill Clinton Is Not

Of all the people linked to the Epstein scandal in this manner, Prince Andrew is the only one who’s paying any sort of price.

He’s effectively been “canceled” and will forever be known as a pedophile, even if no case is ever brought against him.

As for Bill Clinton? He’s still waxing lyrical on what can be done to better support young children in America. He is being given airtime to spout his political views on the upcoming U.S. elections.

As has been the case throughout his time in the public eye, good old Bill is doing just fine.

Sadly, the man seems to be fashioned from Teflon, thanks to his left-wing friends and supporters.