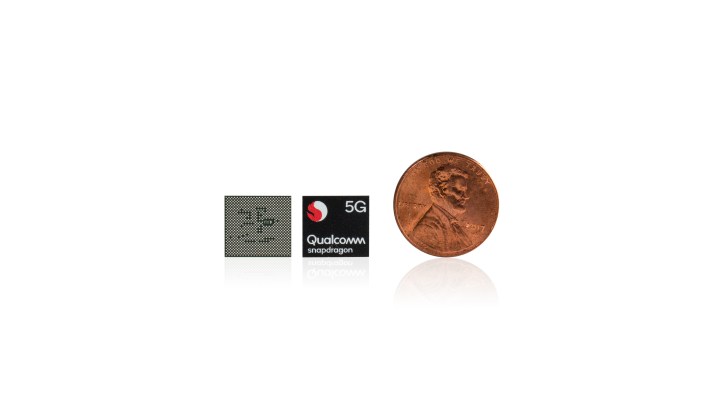 Qualcomm’s holding its big annual get-together this week in Hawaii, portioning off Snapdragon news, piece by piece. Yesterday’s event was the big unveiling of the Snapdragon 865 and 765, the chips that will power most of next year’s premium and mid-tier handsets, respectively.

Today, the components came into sharper focus. Expect more from both tomorrow, as well, as the company continues to milk them for the multi-day event, but we’re starting to get a pretty solid picture of what these chips will be able to do.

Let’s start top-down with the 865. Expect the premium chip to start showing up in announcements around CES and MWC, if past years’ road maps are any indication. As anticipated, 5G is one of the key focuses. After all, 2020 is generally believed to be when 5G-driven purchases will start helping to right long-flagging smartphone sales.

No integrated 5G has been announced for the chip. Instead, it will work in tandem with Qualcomm’s 5G modem, the X55. Keep in mind, there are still going to be plenty of non-5G alternative flagships released in the next calendar year. For starters, the devices are bound to be prohibitively expensive. Also, in many markets, 5G coverage will be spotty, at best. Unfortunately, however, it seems that manufacturers will have to buy them as a pair.

Notably, there’s support for a wide range of 5G frequencies. That’s necessary, because carrier approach to 5G has been pretty piecemeal. It varies a good deal from carrier to carrier — and in the case of some, like T-Mobile, a good deal within the carrier.

AI’s the other big marquee bit. Again, no surprise. It’s been an increasingly important aspect of smartphone evolution for several years now. That’s powered by a fifth-gen AI chip that doubles the performance of its predecessor.

There’s also on-board support for wake word listening for use with the likes of Alexa and Assistant, at low power. Imaging improvements include support for 200 megapixel photos and 8K, along with much-improved speeds. On the display/gaming front, there’s now support for 144Hz refresh rates.

The arrival of the 765, meanwhile, highlights Qualcomm’s ambitions to speed up 5G adoption across a wider range of devices. The new chip, which features an option with integrated 5G, could certainly help on that front, keeping cost and power usage down.