What Microsoft should demand in exchange for its “payment” to the U.S. government for TikTok 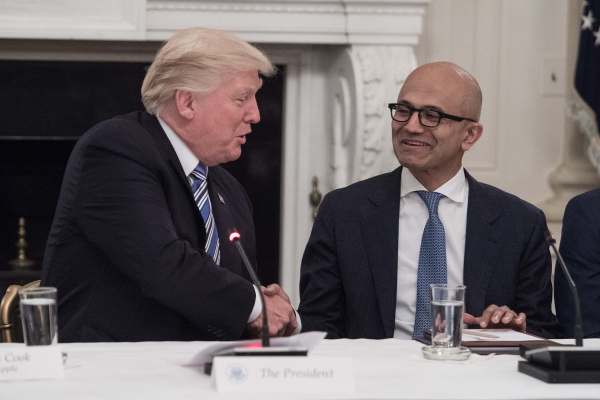 In one of the crazier news stories (and in 2020, that is saying something), President Donald Trump said today during a media availability event that in order for the U.S. government to sign off on a potential Microsoft/TikTok deal, “a very substantial portion of that price is going to have to come into the Treasury of the United States,” based on my colleague Alex Wilhelm’s rough transcript.

That seems nearly impossible to actually execute in reality (corporations don’t just quote-unquote bribe the U.S. government to get their docs signed), but let’s actually take it at face value: Should Microsoft pay, and if so, what should they demand in any bargain with the U.S. government?

First and foremost, some context. ByteDance, TikTok’s parent company, has been valued at more than $100 billion. ByteDance owns a suite of apps, including TikTok’s China-focused and extraordinarily popular sister app Douyin, as well as Toutiao, an extremely successful news reader, so teasing out TikTok’s valuation by itself is difficult. Adding to the ambiguity is the regulatory chaos of the deal, and the fact that many big-pocketed buyers like Facebook are out of the running on straight antitrust grounds.

So let’s say for illustration that the price is at least $10 billion, if not tens of billions of dollars. How should Microsoft be thinking about a negotiation with the government here?

The overriding objective should be reducing Microsoft’s post-acquisition regulatory headaches. TikTok has well-documented privacy problems, which also involve teens — an area where regulations are acutely sensitive. When Facebook faced privacy problems on its own platform, it finally agreed to a settlement of $5 billion last year with the Federal Trade Commission to unify all the different cases and bring them to a conclusion. It also agreed to a set of restrictions as well as a monitoring mechanism to ensure compliance. TikTok (formerly Musical.ly) actually agreed to an FTC privacy settlement of $5.7 million last year.

On top of privacy, you have the export licensing issues from Treasury, data protection concerns on Capitol Hill due to the app’s China provenance and potential antitrust issues from Justice.

So, it’s time to cut a deal. Offer the U.S. government a beefy sum — perhaps even a few billion depending on the final purchase price — as a “settlement fine” in exchange for immunity to all claims regarding privacy, trade and antitrust regulations prior to TikTok’s acquisition. Perhaps have a setup where Microsoft has 180 days post-acquisition to clear up privacy issues, move data to presumably its own Azure cloud in the United States, and put in even better parental controls than TikTok has already introduced in the past few months.

Far from being an atrocious setup, this could massively limit Microsoft’s long-term liabilities, and also allow the company to avoid a lot of the escrow and holdbacks typical of large M&A deals, where an acquirer will not pay out the full acquisition price upfront lest future lawsuits bear significant costs.

It’s terrible for the president himself to get involved in such a matter in such a direct and indelicate way. But now that President Trump has opened the door — it’s actually perhaps not as bad of a path forward as it looks like at first glance. He has the power to push for an inter-agency process, line up all the government stakeholders and accept a level of immunity in exchange for a “fine.”

A settlement can’t solve every problem. TikTok, like all internet apps in the United States, is not just governed by federal law but also by state laws around privacy, such as the California Consumer Privacy Act. A settlement with the federal government may still conflict with relevant state laws. In addition, agreeing to a large payment in the heart of election season would be deeply controversial, possibly on both sides of the aisle.

Nonetheless, this deal is by no means typical, and no one should think it will have a typical M&A process. While few lawyers would recommend engaging with the federal government over what is effectively a strange form of highway robbery — there are decent fiduciary reasons to just pay the toll, acquire some liability protection and move on.