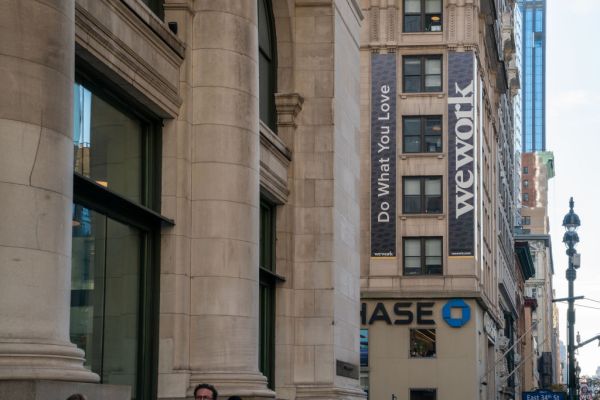 After aggressive cost-cutting measures, including mass layoffs and selling several of its businesses, WeWork’s chairman expects the company to have positive cash flow in 2021. Marcelo Claure, who became WeWork’s chairman after co-founder Adam Neumann resigned as chief executive officer last fall, told the Financial Times that the co-working space startup is on target to meet its goal, set in February, of reaching operating profitability by the end of next year.

Claure is also chief operating officer of SoftBank Group, which invested $18.5 billion in the co-working space, according to leaked comments made by Claure during an October all-hands meeting.

SoftBank said in April that it would lose $24 billion on investments, with one of the main reasons being WeWork’s implosion last year. The company’s financial and management issues brought its valuation down from as much as $47 billion at the beginning of 2019 to $2.9 billion in March, according to a May report by CNBC.

In addition to the layoffs, WeWork sold off businesses including Flatiron School, Teem and its share of The Wing. Claure told the Financial times that WeWork also cut its workforce from a high of 14,000 last year to 5,600.

Neumann resigned as CEO in September, reportedly at the behest of SoftBank, over concerns about the company’s financial health and his behavior. Then the company postponed its IPO filing. The next month, SoftBank took ownership of WeWork as part of a financing package.

Claure is credited with orchestrating a turnaround at Sprint, cutting losses and increasing its stock price in 2015, three years after it was acquired by SoftBank. He has served as SoftBank Group’s COO since 2018.

Despite the impact of the COVID-19 pandemic, which forced many people to work from home, Claure said that companies have been leasing spaces from WeWork to serve as satellite offices close to where employees live. But he also said that revenues were flat during the second-quarter because many tenants terminated their leases or stopped paying rent.