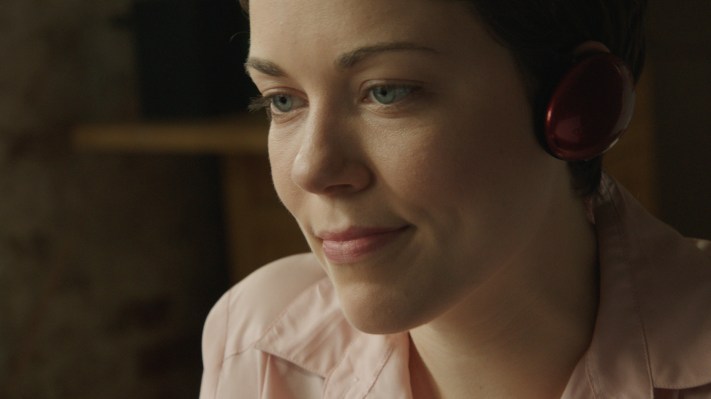 There are a lot of companies trying to do this. And understandably so. It’s a really cool thing to do — and if someone can really crack it, there’s a lot of money to be made. For a years now, Waverly Labs has been among the more interesting startups in the real-time translation space — and perhaps even more significantly, it’s actually had a product on the market for a while now.

This week at CES, the New York-based startup announced the availability of its latest commercial offering. Announced back in May as part of a crowdfunding/presale campaign, Ambassador will be available or sale in April, priced at $200. Like most headphones, the Ambassador is sold two ears at a time, though the idea here is to put one over your own ear and hand one off to another speaker.

Converse is one of three of the device’s modes, letting users engage in a two-way conversation using a single smartphone. The device listens and translates in real-time. There’s also a Listen mode, which automatically, well, Listen to anyone within an eight foot range and Lecture mode, which speaks live translations through a connected handset.

The system is capable of translating 20 languages and 42 dialect (which I will not be writing out here), feature a two mic array, with up to four units able to communicate with a single smartphone at once.

The company’s first device managed $5 million in pre-sales and has since shipped 40,000 units — not to shabby for a first-ten startup project. The Ambassador, meanwhile, has generate a solid, but less impressive $500,000 so far. The company’s got plenty of competition, including startups like Timekettle and behemoths like Google, which is due to release a new take on Pixelbuds later this year.