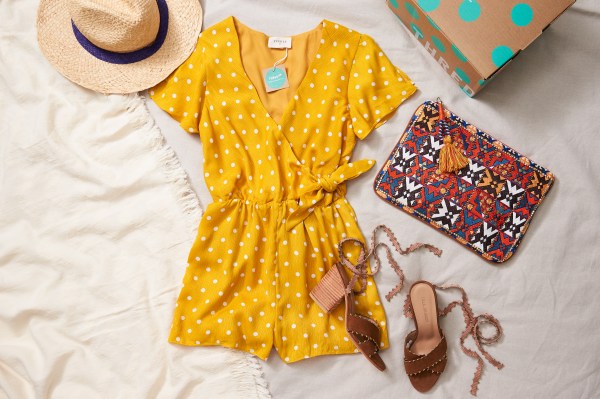 Walmart is continuing its foray into fashion e-commerce, announcing a strategic partnership with fashion resale marketplace thredUP to list a large number of the items on Walmart’s digital storefront.

With this partnership over 750,000 items from thredUP will be available on walmart.com/thredup, starting today.

Notably, only clothing items and shoes marked as “new” or “like new” will be listed, though accessories and handbags marked as “gently used” will also be available, Walmart says. The companies didn’t share details of the partnership’s revenue share model.

ThredUP’s marketplace, which bills itself as the web’s largest consignment and thrift store, allows people to buy and sell secondhand women’s and children’s apparel. Rather than simply connecting sellers with buyers, sellers send a bunch of items directly to thredUP which then inspects them and returns ones they don’t want and photographs and lists the items they do on its marketplace. When an item sells, thredUP handles shipping the item and paying out sellers.

This partnership brings Walmart access to sales of a new slew of fashion brands. The retailer has added over 1,000 fashion brands to its site over the past several years, the company notes. This isn’t thredUP’s first major partnership with an existing physical retailer, the company has previously partnered with both Macy’s and JCPenney on pilot programs of in-store rollouts of curated item selections.

One of the biggest benefits of the partnership will be the ability to score free shipping on orders over Walmart’s $35 threshold as well as the ability to  return items for free at Walmart stores.

ThredUP has raised over $305 million from investors including Goldman Sachs Investment Partners, Irving Investors and Redpoint. The company shared that they had closed $175 million in funding  this past August. Last year, CEO James Reinhart told TechCrunch that the team had grown to 1,200 employees and was on track to process their 100 millionth item by year’s end.