Fifty-nine officers have suffered a range of injuries as a result of Saturday’s violent riot in Seattle, according to the Seattle Police Department (SPD) Blotter.

Seattle Police declared a riot and arrested dozens of people on Saturday after a demonstration in the city’s Capitol Hill neighborhood — a protest aimed to stand in solidarity with Portland protesters — turned violent. The protest, which saw roughly 1,000 participants, began as a march but descended into a state of anarchy, as rioters set fires, vandalized property, hurled explosives, and assaulted police officers.

According to the SPD Blotter, rioters pelted officers with “explosives, rocks, bottles, and wood,” resulting in injuries ranging from “abrasions and bruising to burns and a torn meniscus.” Fifty-nine officers were injured as a result of the violence, and at least one was hospitalized.

SPD Blotter also provided a series of images of some of the officers’ injuries, as well as property damage, including a hole blown in the wall of the East Precinct:

Earlier today, at least 1 person breached a fence line @ the East Precinct. Moments later, a device exploded leaving an ~8” hole in the side of the precinct. This was one of several dangerous incidents that led SPD to declare today’s incident a riot. Arson/Bomb dets investigating pic.twitter.com/pGC3kpQzhT

Additional interior photo of the suspected explosive damage to the the East Precinct’s wall: pic.twitter.com/2qHnkiiWDZ

In all, officers arrested 47 people for “assaults on officers, failure to disperse, and obstruction.”

Seattle Mayor Jenny Durkan (D) expressed her disapproval of President Trump sending in federal agents to quell the unrest in Democrat-run cities during a Friday appearance on CNN’s Cuomo Primetime.

“We have to assume what’s happening in Portland could happen here,” she said, speaking of Trump sending in federal agents, whom she accused of escalating violence in cities such as Portland “night after night after night”:

“We have to assume what’s happening in Portland could happen here.”

Seattle’s Democratic Mayor Jenny Durkan says she does not want federal agents in her city as they are creating a “public safety risk” and a “dangerous escalation” in Portland. pic.twitter.com/UrTHq86o6Z

She said in part:

You have seen the introduction of a significant number of federal agents who night after night after night have escalated violence and have had a fight a running fight on Portland that has created there a public safety risk and has made the city — it’s incapable for them to move on and get to the healing they need and do what they need to do to make important systemic changes that people are demanding in the streets. And in Seattle we want to make sure that doesn’t happen here.

“Instead of giving us the help we need he wants to send in federal forces and federal agents to escalate tensions,” the mayor said.

“The fabric of America is being shredded before our eyes,” she added. 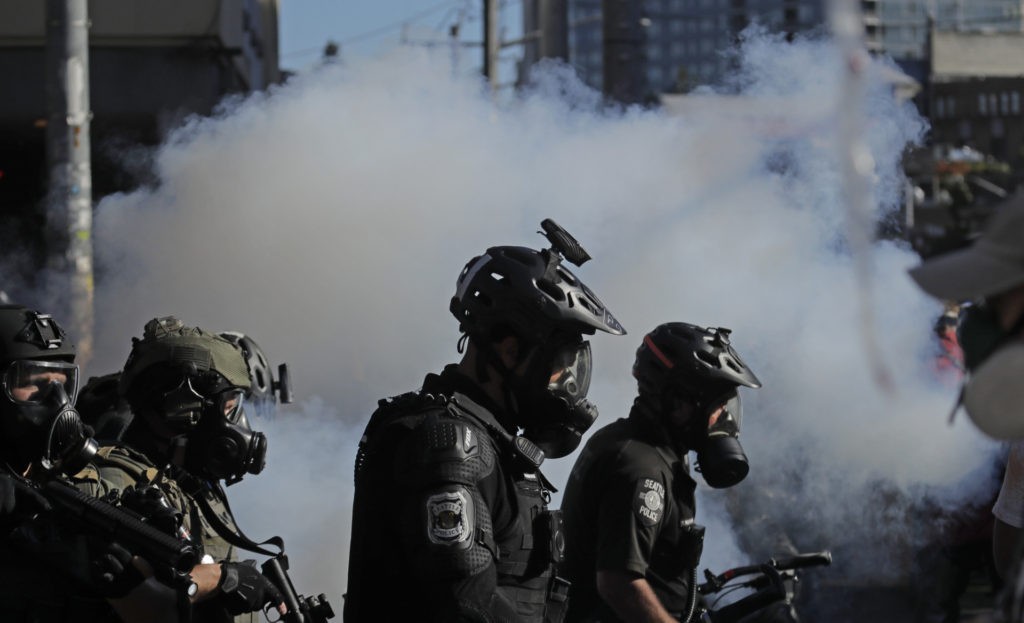