VCs have to train themselves to ‘ask the stupid questions’, says Hoxton Ventures’ Hussein Kanji 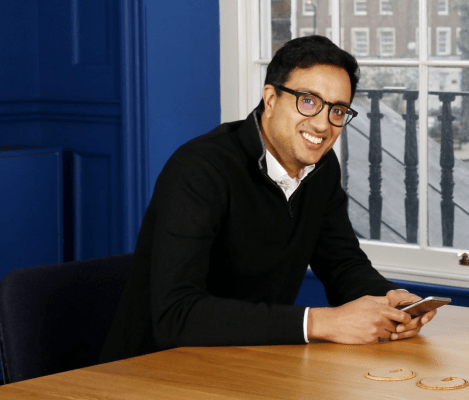 If venture capitalists could predict the future, why wouldn’t they just start companies themselves? That’s the question Hussein Kanji, founding partner at Hoxton Ventures, asked rhetorically at Disrupt 2020.

“If anyone says that they have predictive power in this industry and says they know where the future is gonna be, I just question the wisdom of this,” he said during a session exploring how VCs seek out new markets before they even exist. “Because if you could figure it out, you could come up with the idea, you’re capable enough to be able to put all the pieces together, why would you not found the business?”

Instead, the key to betting on the future is to learn to ask the stupid questions. “I think it’s actually perfectly fine in the venture industry to not be the smart person and to kind of train yourself to be stupid and ask the stupid questions,” said Kanji. “I think a lot of people are probably too shy to do that. And a lot of people [are] probably too risk averse to then write the check when they don’t really understand exactly what it is that they’re investing into. But a lot of this stuff is a lightbulb moment”.

One of those lightbulb moments was Hoxton Ventures’ investment in Deliveroo, the takeout food delivery service that competes with UberEats and helped turn almost every restaurant into a food delivery service. However, Kanji reminded us that the European unicorn wasn’t the first company to try takeout delivery, but new technology, in the form of cheap smartphones coupled with GPS and routing algorithms, meant the timing was now right.

“People did try delivery,” he said, “they tried it back in the 90s. Everyone forgets about that. There’s a company in New York City called Cosmo that would go off and like get you a pint of ice cream on demand. You know, it never worked because they used pagers. Like, do you remember pagers? Like, that’s how they ran the fleet. They couldn’t move the fleet around. They couldn’t get the driver to the apartment and the driver to the store in any kind of efficient way… The breakthrough for delivery, and for that whole industry, was you had smartphones, you could give smartphones to the drivers, you could track what the driver was doing, which is good because then you could route logistics, you know, with a smartphone… light bulb moment”.

Kanji said that, although they are very different businesses and markets, Hoxton’s two other unicorns, Babylon and Darktrace, involved similar lightbulb moments. Yet you don’t get that light bulb moment until someone walks in the door and explains it to you. “Then your natural question is… why now… what’s actually changed? Like, what makes this so interesting? Why didn’t someone come up with this a year ago? There’s almost always usually a reason for that kind of stuff. And then then the harder part of the job is … are you really picking number one?”

Entering or helping to create new markets is often not without controversy — which both Babylon and Deliveroo has attracted for different reasons. As real disruption inevitably creates societal consequences, it often raises ethical questions that, the Hoxton co-founder argues, aren’t always possible to anticipate early on. However, as the picture becomes clearer, he says VCs should absolutely care, along with, of course, founders and CEOs.

“One of the constant criticisms in the tech industry is, I think the maturity of our industry… we behave more like teenagers. And it’s great to be libertarian, it’s great to be free markets and say markets are gonna sort it out. But you’re gonna have touch points with a lot of other places in society. You’ve got to figure out, and I think, get ahead in terms of…what the impact is going to be, and be more responsible”.