US mobile bank MoneyLion raises $100 million at ‘near unicorn’ valuation 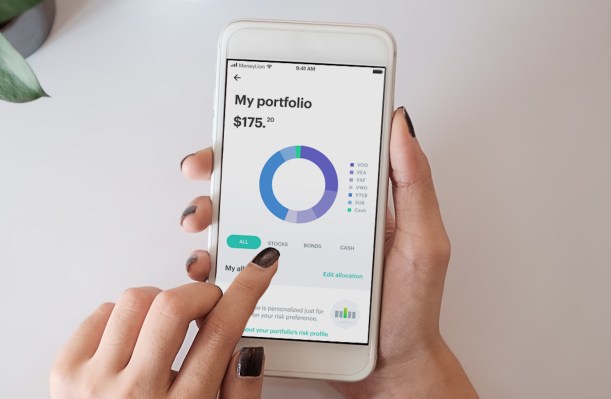 There’s a new fintech startup in the U.S. that is inching closer to the unicorn status. New York City-headquartered MoneyLion, which provides customers both financial advice and access to loans and other services, said today it has raised $100 million in a new round to accelerate its growth in the U.S. market.

The Series C round million for the six-year-old startup was led by Edison Partners and Greenspring Associates, MoneyLion said. MetaBank and FinTech Collective also participated in the round, while Capital One made a strategic investment.

MoneyLion also raised $60 million in venture capital and debt in Q2 2018, a spokesperson told TechCrunch. This was not previously disclosed. This means MoneyLion has raised over $200 million to date, with its current round valuing the startup at nearly $1 billion, a person familiar with the matter said.

MoneyLion, which describes itself as a mobile bank, operates a part lending, part savings and part wealth management app. The all-in-one platform allows users to connect all their bank accounts and credit cards and receive personalized advice on how to better spend their money and also secure loans from within the app.

The startup makes most of its money from subscription services — that cost $19.99 per month — it sells to consumers, Dee Choubey, founder and CEO of MoneyLion, told TechCrunch in an interview. The subscription offering bundles banking, core investment management, and access to financing.

Choubey didn’t say how many subscribers MoneyLion has, but noted that more than 5 million customers use the app. This includes free users, who are able to access some core banking features at no cost.

MoneyLion will use the new capital to refine its subscription offerings, finance model, and add new features to keep its existing users enticed to the platform, Choubey said. Last year, the app bandied out over $12 million in cashback rewards to its members and 70% of its users saw their credit score climb up by 30 points.

“You will see us investing heavily in broker dealer capabilities, training capabilities, and stock investing capabilities. We think of ourselves approaching financial services just like Netflix approaches content. We want to keep users hooked to the platform,” he said.

In an interview with TechCrunch, Chris Sugden, Managing Partner at Edison Partners, said MoneyLion has focused on bringing the entire bank offerings to its platform in last one year. And this “comprehensive, bundling, first class opportunities around banking and financial literacy” for customers is what attracted him to the startup, he said.

Choubey declined to share company’s revenue, saying the startup is in “hypergrowth stage.”

As traditional banks make slow moves to help the growing financial needs of their customers, a growing number of fintech startups have emerged over the years across the globe to fill the gap. In many parts of the world, including the U.S., “neo banks” are helping small and medium sized businesses automate their finances and access many additional features.

A similar trend is on display on the consumer-facing side.

On some fronts, MoneyLion competes with a handful of players such as Chime, another mobile bank that raised $200 million earlier this year, investment service Acorn, which has more than 3.5 million users, and online money lender SoFi, which quietly raised $500 million two months ago.