Urban, the on-demand wellness platform, adds physiotherapy to its roster of on-demand services 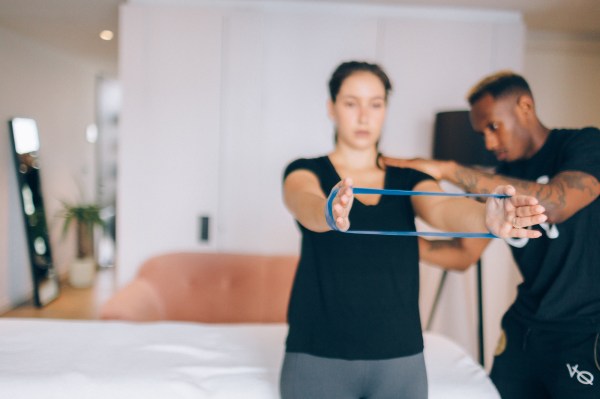 Urban, the London-headquartered company that lets you book a growing range of “wellness” services on demand — spanning massage, osteopathy, to various beauty treatments — is adding physiotherapy to its roster in a bid to become a “one-stop-shop” for physical wellbeing.

The new pay-as-you-go physiotherapy offering will let you book a HCPC-registered physio via the Urban app or website for treatment in your home. With NHS wait times several weeks if not months for access to physiotherapy, Urban thinks it has spotted a gap in the market for people that need ongoing treatment or a quick appraisal for a recently sustained injury — and are willing to pay “out of pocket” for the privilege.

In a call with Urban founder Jack Tang and the company’s general manager for physical wellbeing, Joe Jarman, the pair explained that the new service aims to provide access to a private physiotherapist with as little as two hours’ notice, available seven days per week. It will initially be available in London, with a focus on central London where demand (and, presumably, ability to pay) is highest, followed by Manchester and Birmingham.

With that said, pricing is competitive with physiotherapy that is typically offered at a private clinic, and compared to arranging a home visit from a private clinic, it is considerably cheaper. That’s because, claims Jarman, Urban is able to cut down on travel time by clustering nearby bookings via its app in order to maximise potential sessions per day, similar to what it does for other existing Urban wellbeing services. Of course, it doesn’t have the same brick ‘n’ mortar overheads, either.

Jarman says that many of Urban’s physiotherapists work in the NHS during the day but are looking to earn additional income in the evenings and at weekends or want to transition into private practice.

Asked if a service like Urban could place more pressure on the NHS by stretching an already scare resource, he says that the sector as a whole is growing. This has seen a 22% increase in the number of physiotherapists since 2015. In addition, Jarman says one in every three GP consultations relates to MSK issues, and early access to an Urban physiotherapist could help lessen this.

Either way, it’s certainly true that at present and within its current funding and organisational structure, the NHS isn’t very well-positioned to provide speedy MSK-related advice or treatment. Physiotherapy is also an obvious extension to Urban’s existing osteopathy and sports massage treatments.

“We see physiotherapy as the final vital piece so that we can offer a complete package to attain good physical health,” adds Jarman in a statement. “If someone has a problem with their body, we make sure they get the right treatment plan – and they get to choose the time and place”.

Meanwhile, Tang says that now Urban has completed its suite for physical wellbeing, the startup’s attention now turns to “doubling down” on its beauty and body confidence category with more news to share “very soon”.