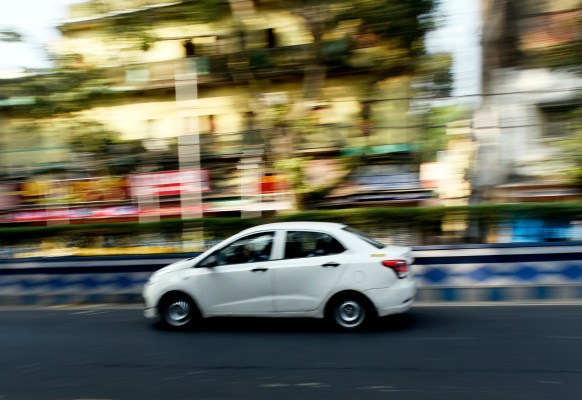 Uber and Ola have suspended all ride options in New Delhi till March 31 and the Indian ride-hailing firm is restricting ride options across the country in a bid to slow the coronavirus pandemic.

The firms said the suspension of their services in India’s capital was in compliance with the local state government’s lockdown order that went into effect earlier Monday.

“In compliance with the government guidelines, we are temporarily suspending all Uber services in your city. This means that Uber rides services will not be available until further notice,” Uber told customers in New Delhi.

A spokesperson for Uber, which suspended shared ride options across in India on Saturday, confirmed the move.

Ola, which rivals Uber in India, said it was additionally also restricting ride options across the country but would offer a “minimal network of vehicles to support essential services.”

“Ola will continue to encourage citizens to limit travel only for essential emergency needs as per the Government’s directive. We will enable a minimal network of vehicles to support essential services in cities, wherever applicable, as part of this national effort to reduce the contagion of COVID-19,” an Ola spokesperson said.

TechCrunch understands that Ola is offering very few cabs across the country only to support healthcare workers and others who need to work from outside their homes to support public services.

According to estimates, more than 150,000 Uber and Ola cabs roam around the National Capital Region (which includes adjacent cities Gurgaon and Noida).

New Delhi has ordered a city-wide lockdown till the end of the month. “No public transportation, including operation of private buses, taxis, autorickshaws, and e-rickshaws shall be permitted,” it said.

Several other states have also announced similar curbs that went into effect earlier Monday, hours after the nation exercised a voluntary lockdown at the request of Indian Prime Minister Narendra Modi.

The curbs will prohibit all but essential services from operating. Inter-city and long-distance trains and other public networks have also been halted.

The restrictions come as the number of coronavirus-affected patients surged to 350 over the weekend in India, with seven deaths. Until last week, health authorities maintained that India, a nation of 1.3 billion people, was still at stage two of the outbreak, but a handful of cases in small towns across the country have emerged since.

Governments across the world have moved to enforce restrictions on travel and public gatherings to prevent the spread of the infectious disease. Earlier this month, Uber and Lyft suspended some of their rides in the U.S.

Swarm finally gets full regulatory approval to launch its satellites

‘Saints Row: The Third Remastered’ will debut May 22nd