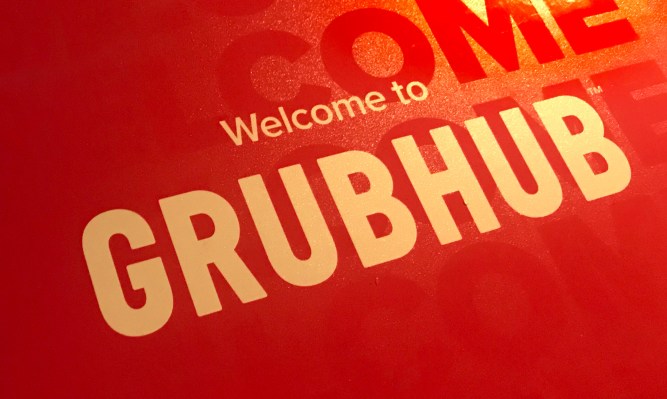 According to CNBC there are two suitors rivaling Uber for purchase of U.S. food delivery company Grubhub: Just Eat Takeaway (the union of Just Eat and Takeaway) and Delivery Hero.

Both are European companies perhaps looking for a major entry to the United States market. Just Eat Takeaway is based in the U.K. and Holland, while Delivery Hero is based in Germany. They are both lavishly funded, with Just Eat Takeaway having raised around $1 billion (a combined tally for both companies that now make up the conjoined entity), according to Crunchbase data, and Delivery Hero flush with billions in historical capital from a number of sources.

What price they might pay wasn’t clear on this Friday afternoon, but public market investors are optimistic on what the companies might pay. Shares of Grubhub shot higher on news that other suitors were in the mix; its shares are currently trading up around 7% on the day.

A bidding war could help Grubhub drive a higher price for itself. According to various reports, Uber and Grubhub are struggling to find the right price for the smaller company’s assets. Uber Eats is a domestic competitor to Grubhub, making the tie-up attractive to the larger company from a competitive perspective; if Uber can eliminate one of its chief rivals while absorbing its market share, then perhaps the company best known for its ride-hailing business would be able to extract more cash from food delivery, lessening its regular losses from the activity.

How much more restaurants can give up to food aggregators and delivery players, if any, isn’t clear.

But what’s plain today is that the battle for ownership of the U.S. food delivery market is far from over. If one of the European players does absorb Grubhub, it could set up a newly energized, multi-way struggle to bring food from where it’s made to the homes of consumers. Uber Eats against Grubhub and its new owner against Postmates against DoorDash: That would be an expensive dust-up.

So expensive, in fact, that perhaps Uber will cough up more than it wanted to for the asset to avoid having to fight a newly energized Grubhub, powered by cash from its new, European parent company.