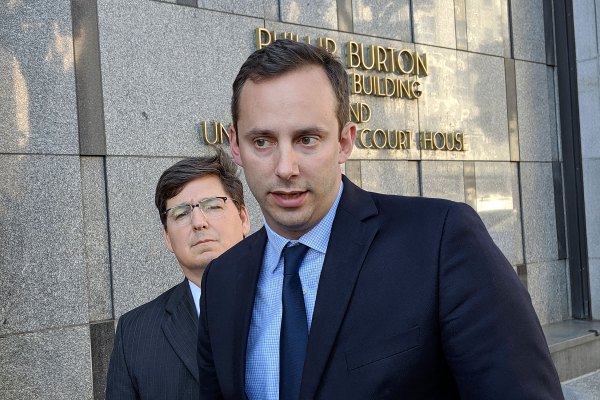 Uber argued in a recent court filing that former employee Anthony Levandowski committed fraud, an action that frees the company from any obligation to pay his legal bills, including a judgment ordering the star engineer to pay Google $179 million.

The court filing was first reported by Bloomberg.

Uber’s fraud claim was part of its response to Levandowski’s motion to compel the ride-hailing company into arbitration in the hopes that his former employee will have to shoulder the cost of the $179 million judgment against him. The motion to compel arbitration, and now Uber’s response, is part of Levandowski’s bankruptcy proceedings. It’s the latest chapter in a legal saga that has entangled Uber and Waymo, the former Google self-driving project that is now a business under Alphabet.

Uber said it rescinded the indemnification agreement several months prior to the inception of Levandowski’s bankruptcy case “because it was procured by his fraud,” according to the court filing. Uber revoked the indemnification agreement after Levandowski was indicted by a federal grand jury with 33 counts of theft and attempted theft of trade secrets while working at Google, where he was an engineer and one of the founding members of the group that worked on Google’s self-driving car project.

Uber notified Levandowski’s counsel on August 30, three days after the indictment, explaining that the indemnification agreement was rescinded “because it had been procured by Levandowski’s fraud, including his fraudulent concealment of the facts alleged in the indictment.”

Levandowski reached a plea deal in March 2020 with the U.S. District Attorney: one count of stealing trade secrets while working at Google.

Uber said it never received any benefits from Levandowski under the indemnification agreement, and had nothing to return to him as a result of the rescission, the company said in the court filing.

“Uber’s assertion that Anthony did not disclose material information to Uber is false,” Levandowski’s attorney Neel Chatterjee said in an emailed statement sent to TechCrunch. “The accusations Uber makes is premised on information they obtained as part of the due diligence process. This is the latest in a string of meritless theories Uber has set forth to try to get out of the deal it struck because it did not like the outcome.”