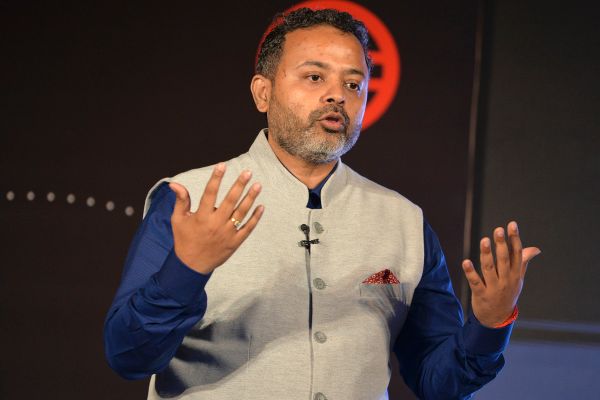 Uber has appointed Pradeep Parameswaran, who oversaw the ride-hailing giant’s business in India and South Asia for two years, as the regional general manager of its Asia Pacific region operations.

Parameswaran, who starts his new role next week, will be tasked to improve Uber’s presence in the nine nations in the Asia Pacific region where the company currently operates.

“There is huge potential to serve more Uber customers and continue innovating across the diverse region, whether that be taxi partnerships in North Asia, new products like Uber Rent in Australia or pushing two and three-wheelers deep into the Indian heartland,” said Parameswaran, pictured above, in a statement.

Asia Pacific countries indeed offer a huge opportunity to Uber, which in recent years has retreated from Southeast Asia and China as the heavily backed, loss-making company struggled to compete with just as heavily backed and loss-making local startups.

Earlier this year, before the coronavirus began to spread widely outside of China, Uber chief executive Dara Khosrowshahi said the firm planned to expand in Japan and South Korea in the immediate future.

During his tenure as the chief of Uber India and South Asia, Parameswaran helped the firm grow and steer through some tough decisions in the world’s second largest internet market. Uber said earlier this year that in 2019, it handled 14 million rides each week in India.

But the company’s bet to win the food delivery market did not work in the country, despite spending millions each month to lure customers. Earlier this year, Uber sold Eats’ Indian business to local rival Zomato.

Parameswaran will be overseeing Uber’s ride business in Asia Pacific region, but not the food delivery category, a spokesperson said, adding that the firm is also running a selection process to determine a replacement for Parameswaran’s former India role.

He will also be moving to company’s yet-to-be named new headquarter in APAC. The company has said it wants to move its regional headquarters to Hong Kong, the semi-autonomous Chinese territory where the company operates in a legal grey area.

Uber rolling back the years with a newspaper ad to support its (likely doomed) effort to get legal and open an office in Hong Kong https://t.co/g9Q0W0ori4

Uber hired and appointed Amit Jain as its India head and later promoted him to run the Asia Pacific business. But Jain left the company last year to join venture fund Sequoia Capital. Since then, the region has been managed by Uber team in Europe.

“We’re pleased that Pradeep Parameswaran will take on an expanded role as Regional General Manager for APAC. After capably leading our India and South Asia business since 2018, I know that he will continue to inspire Uber’s next phase of growth across this key region,” said Andrew Macdonald, SVP of Mobility and Business Operations at Uber, in a statement.