U.S. Stock Market Is Starting to Price in Dire State of the Economy

After a rally to all-time highs, the U.S. stock market seems to have hit the ceiling. After a choppy trading day on Thursday, the major U.S. indexes finished the week on a high.

Following a historic August, the key benchmarks plunged into correction territory after losing 10% from the recent highs.

The U.S. stock market rally was backstopped by Federal Reserve, which created distortions with the real economy.

But it seems like the U.S. stock market is finally beginning to price in the terrible state of the economy.

Now, U.S. equity funds have started selling, pulling the most investments out of tech funds since June 2019.

Yelp Reports Damning Numbers on State of the Real Economy

On Wednesday, Yelp released its latest Economic Impact Report revealing a flurry of business closures across the country.

According to the report, 163,735 U.S. businesses have closed down since the beginning of the pandemic, as of August 31. This number jumped a staggering 23% since July 10.

To make matters worse, 60% of these business closures are permanent.

Among these businesses, restaurants have been the hardest hit.

The ‘Cantillon Effect’ Has Gripped the U.S. Economy

While permanent business closures and job losses continue to soar, inflation is the worst thing that can affect the average consumer.

Thanks to the Federal Reserve’s dovish stance on monetary policy, the ‘Cantillon Effect’ is already beginning to surface. Watch this video to know more: 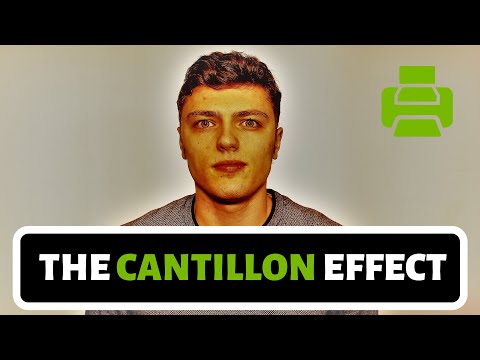 This thread explains the effect even better. According to Richard Cantillon’s book ‘Essay on the Nature of Commerce in General,’ early recipients of new money entering the economy will enjoy a much better standard of living than those who get it later. In other words, by the time newly created cash trickles down to the last person who receives it, it has lost a lot of purchasing power.

The Cantillon Effect has started surfacing in the form of inflation in different states. While the U.S. stock market has undergone a rally since March, global food prices have risen, painting a picture of how the Federal Reserve’s liquidity operations hurt the average consumer.

The Fed wants inflation to “run hot” above its 2% inflation target. However, the consumer price index does not reflect the reality on the ground regarding how much the average American is spending.

The inflation formula used by John Williams’ Shadow Government Statistics (SGS) is the same method the U.S. government used to calculate inflation in the 1990s. Since then, changes in the way the government reports data do not reflect the actual situation on the ground.

According to the website, “methodological shifts in government reporting have depressed reported inflation.”

These 1990 calculation method-based numbers show that real inflation rates are hovering around 8-9% mark.

The Federal Reserve is already hell-bent on letting inflation run wild, and when it does, it will be a disaster for Main Street. The U.S. stock market is finally reacting to the state of the real economy, and there could be more downside in the coming days.

Disclaimer: The opinions expressed in this article do not necessarily reflect the views of CCN.com and should not be considered investment or trading advice from CCN.com. Unless otherwise noted, the author has no position in any of the securities mentioned.