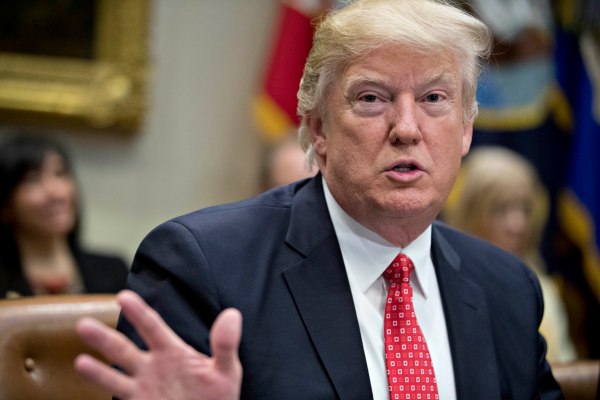 During an Oval Office press conference this week, the president told reporters that the United States is currently not interested in broaching the subject of Huawei as part of increasingly heated trade conversations with China. The statement appears to run counter to past suggestions that he was willing to discuss the U.S. government’s blacklist of the electronics giant during trade talks.

“It’s a national security concern,” Trump said. “Huawei is a big concern of our military, of our intelligence agencies, and we are not doing business with Huawei. And we’ll see what happens with respect to China, but Huawei has been not a player that we want to talk about right now.”

Huawei’s U.S. blacklisting stems from both concerns over potential links to security and spying, as well as alleged sanctions violations. Trump has, however, previously conflated those issues, brewing a trade war between the superpowers, suggesting that a ban could be lifted with a new U.S.-China deal.

Recent discussions with Chinese President Xi Jinping helped ease restrictions against the company, which could be faced with devastating consequences if a full ban on partnerships with U.S. companies like Google is enacted. Trump also used the question to once again suggest that the toll of tariffs could be avoided if U.S. companies no longer relied on Chinese components and manufacturing.

The new comments appear to find Trump temporarily closing the door to discussions about Huawei in future meetings with the Chinese president, though he did not elaborate further.