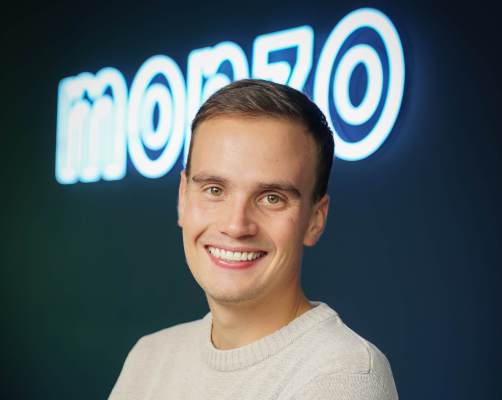 Tristan Thomas, Monzo’s long-standing VP of Marketing — who joined the challenger bank almost five years ago when it had less than 15 employees! — has announced internally that he is departing at the end of the year.

For the time being, his destination is unknown (even to himself, I gather), and once he’s served his notice period, which runs until November, he’ll be taking some time to figure out what’s next. I also understand Thomas will be actively recruiting his replacement and leaves on good terms, after what has undoubtedly been a roller coaster of a ride.

Still only 28 years old, Thomas joined Monzo in September 2015 as its first Community Manager, just before the bank upstart — then called Mondo — began issuing “Alpha” hot coral debit cards (I still have one in a tray on my desk). Since then, the bank has grown to nearly 4.5 million customers and has a headcount of around 1,500.

His original brief was to figure out how Monzo could or should involve customers in what it was building — the beginnings of “community” at Monzo, if you will. This included running its first hackathons and launching the Monzo user forum, before taking the lead on Monzo’s first — and record breaking — equity crowdfunding campaign.

Over on Extra Crunch, we delve into the most recent published financials for U.K. challenger bank rivals, Monzo and Starling.

He was then promoted to a product manager role, heading up Monzo’s first Android app efforts, before taking over the marketing team in January 2017 — the bank’s third head of marketing in 18 months.

Other milestones include two further crowdfunding rounds, and a reportedly successful TV ad, which one source tells me investors and members of the board wrongly predicted would be a dud.

Today, Thomas heads up a team of more than 20 people spanning PR & comms, performance marketing, content & social, and product marketing. He is also involved in policy and financial inclusion, and over the years had established himself as one of Monzo founder Tom Blomfield’s key lieutenants.

(Notably, in May, Blomfield stepped down as CEO of the U.K. challenger bank to take up the newly created role of president. His replacement is current U.S. CEO TS Anil, who now also holds the title of “Monzo UK Bank CEO”.)

Meanwhile, outside of Monzo, Thomas was recently recruited to venture capital firm Accel’s angel scout program, which the VC is usually quite discreet about. In his own words, this should see him write around 10 angel checks on behalf of Accel “over the next three years or so”.

The departing marketing exec has also been on somewhat of a side project spree — tentatively launching two online offerings of his own, with varying degrees of ambition.

The most recent is a wine subscription service born out of lockdown frustrations, because getting a bottle of the good stuff is high priority during a global pandemic. The other — and by Thomas’ own admission, far less scalable — let’s you print and send things without having to own a printer or walk to a letter box.

You know what they say: don’t quit the day job just yet. Oh, wait…

*article updated to include mention of Thomas’ angel scouting on behalf of Accel.