NBCUniversal is removing four 30 Rock episodes that feature characters in blackface from streaming services and syndication. The episodes will also vanish from iTunes and Google Play and other platforms.

“As we strive to do the work and do better in regards to race in America, we believe that these episodes featuring actors in race-changing makeup are best taken out of circulation,” said 30 Rock executive producer and Trump-basher Tina Fey in a statement. The episodes have been pulled after a request from the show’s executive producers Fey and Robert Carlock, according to a report by Vulture.

“I understand now that ‘intent’ is not a free pass for white people to use these images,” Fey continued. “I apologize for pain they have caused. Going forward, no comedy-loving kid needs to stumble on these tropes and be stung by their ugliness. I thank NBCUniversal for honoring this request.”

The episodes being removed are Season 3, episode 2, entitled, Believe In The Stars; Season 5, episodes 4 and 10, entitled, The Live Show and Christmas Attack Zone; and Season 6, episode 19, entitled, Live from Studio 6H.

One skit, which Breitbart News reported at the time, came during a “live episode that included a skit where Mad Men star Jon Hamm showed up in an afro wig and blackface playing a Stepin Fetchit-type character.” Another 30 Rock blackface episode (2010) saw show regular Jenna Maroney darken her skin to look like NFL great Lynn Swann.

“This works where so many other attempts at blackface have failed because Fey’s not using blackface as a simplistic visual way of turning a white person Black but as a complex tool that makes a multi-layered joke at the character’s expense,” he wrote. “Jenna is a dimwit and the audience knows that for her to think blackening up is ok adds to the perception that she’s simpleminded.” 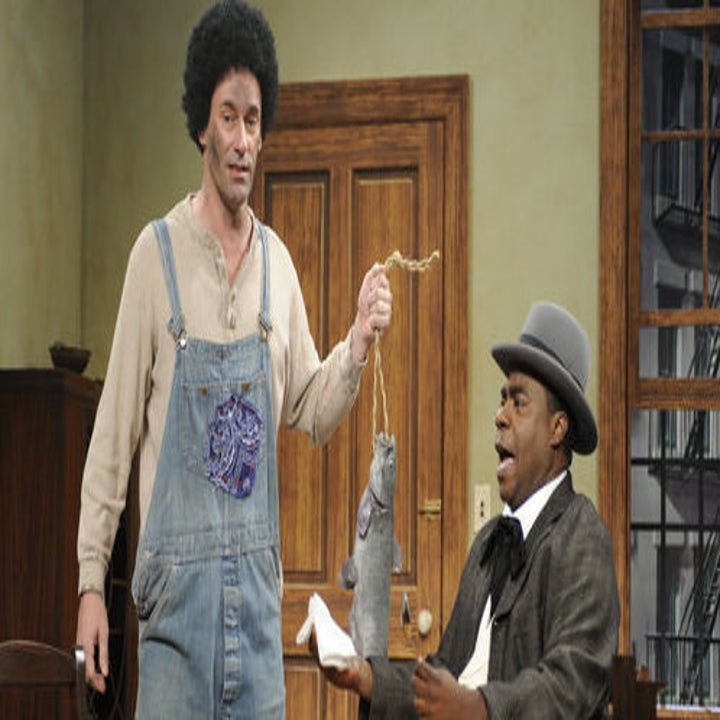 Along with being removed from streaming services, the four 30 Rock episodes have also been made unavailable for sale on purchase platforms such as iTunes and Google Play. The episodes will no longer be aired on traditional television as well.

30 Rock is not the only show to have its episodes banned recently. An episode of It’s Always Sunny in Philadelphia — in which characters Mac and Dee both wear blackface — has also vanished. The show’s Season 6, episode 9, entitled, Dee Reynolds: Shaping America’s Youth, is no longer available on Netflix, according to a report by Digital Spy.

Netflix has also removed the dark comedy show The League of Gentleman over its use of a character that wears blackface.

Moreover, the shows Little Britain and Come Fly With Me have also been removed from the streaming giant over the usage of blackface characters. Additionally, both shows have been dropped from BBC iPlayer and BritBox.

The banning of such material arrives in the wake of the death of George Floyd and others, which has sparked protests and riots across the country, as well as the toppling of statues — everything from Confederate monuments, to the first U.S. president, George Washington, to Union Army general and former U.S. president Ulysses S. Grant, to even a Catholic saint.

While episodes are being removed from streaming services and statues are being toppled, Virginia Governor Ralph Northam — whose blackface / KKK yearbook photo surfaced last year — does not appear to be receiving any pressure from Black Lives Matter about stepping down.