This ultrasonic gripper could let robots hold things without touching them 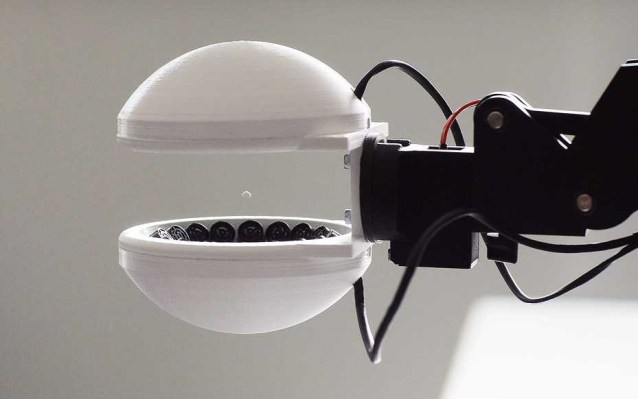 If robots are to help out in places like hospitals and phone repair shops, they’re going to need a light touch. And what’s lighter than not touching at all? Researchers have created a gripper that uses ultrasonics to suspend an object in midair, potentially making it suitable for the most delicate tasks.

It’s done with an array of tiny speakers that emit sound at very carefully controlled frequencies and volumes. These produce a sort of standing pressure wave that can hold an object up or, if the pressure is coming from multiple directions, hold it in place or move it around.

This kind of “acoustic levitation,” as it’s called, is not exactly new — we see it being used as a trick here and there, but so far there have been no obvious practical applications. Marcel Schuck and his team at ETH Zürich, however, show that a portable such device could easily find a place in processes where tiny objects must be very lightly held.

A small electric component, or a tiny oiled gear or bearing for a watch or micro-robot, for instance, would ideally be held without physical contact, since that contact could impart static or dirt to it. So even when robotic grippers are up to the task, they must be kept clean or isolated. Acoustic manipulation, however, would have significantly less possibility of contamination. 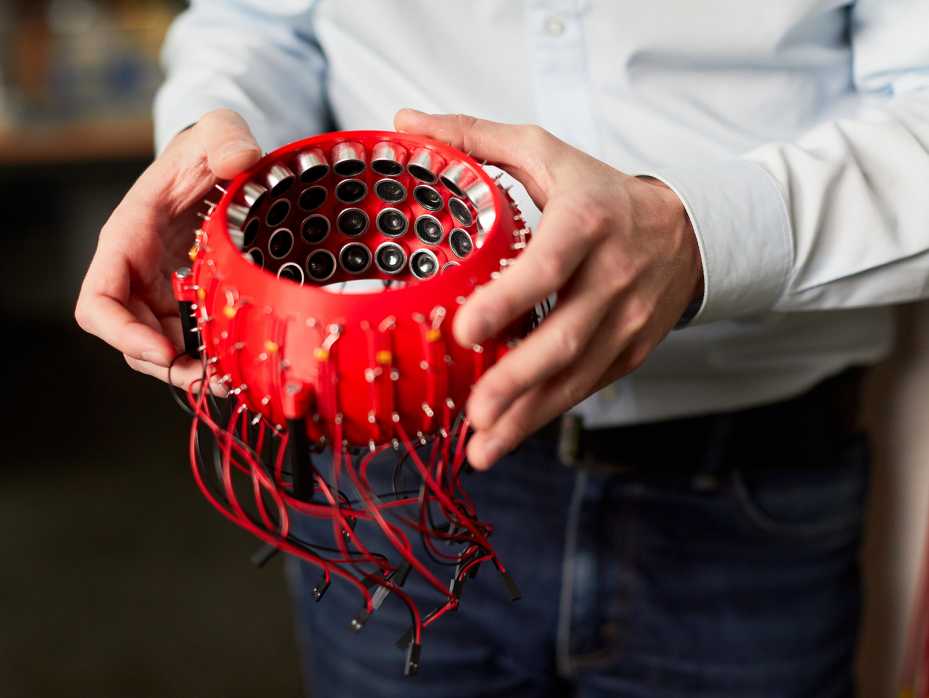 The problem is that it isn’t obvious exactly which combination of frequencies and amplitudes are necessary to suspend a given object in the air. So a large part of this work was developing software that can easily be configured to work with a new object, or programmed to move it in a specific way — rotating, flipping or otherwise moving it at the user’s behest.

A working prototype is complete, but Schuck plans to poll various industries to see whether and how such a device could be useful to them. Watchmaking is of course important in Switzerland, and the parts are both small and sensitive to touch. “Toothed gearwheels, for example, are first coated with lubricant, and then the thickness of this lubricant layer is measured. Even the faintest touch could damage the thin film of lubricant,” he points out in the ETHZ news release.

How would a watchmaker use such a robotic arm? How would a designer of microscopic robots, or a biochemist? The potential is clear, but not necessarily obvious. Fortunately, he has a bit of fellowship cash to spend on the question and hopes to spin it off as a startup next year if his early inquiries bear fruit.