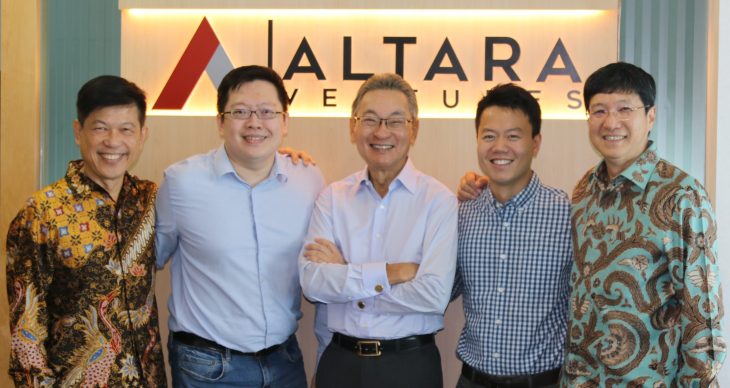 As U.S.-China relations remain tense, Southeast Asia becomes the darling for investors and tech companies from both sides as they seek overseas expansion. Behemoths like Google, Facebook, Alibaba, Tencent and ByteDance have elbowed into the region. Some set up shop, while others formed alliances and took stakes in local startups.

Now five prominent investors originating from the region are ready to claim their slice of the market. Singapore-based Altara Ventures debuted this week with a goal to raise over $100 million for its first fund focused on early-stage tech startups in Southeast Asia, with an eye on those with ties to China.

The financial vehicle was co-founded by Dave Ng, former head of Eight Roads Ventures, the investment arm of Fidelity International, along with four other general partners. They are Koh Boon Hwee, former chairman of DBS Group and Singapore Telecommunications; Tan Chow Boon and Seow Kiat Wang, who, along with Hwee, co-founded Omni Industries (bought by Celestica) and later managed private equity investments together; and Gavin Teo, a former product manager at Xbox and Zynga and a colleague of Ng at B Capital, a fund started by Facebook co-founder Eduardo Saverin.

Altara derives from the English word “altitude” and the Bahasa word “nusantara”, the historical designation for maritime Southeast Asia, a coinage that captures the firm’s ambition to back early-stage startups concurrent with the region’s technological advancement. The firm considers sectors ranging from fintech, consumer, enterprise software, logistics, healthcare through to education.

What happened in the Chinese internet realm has become a source of inspiration for entrepreneurs in its neighboring countries, and ideas flow from China into Southeast Asia in various ways.

“The first is around Chinese founders bringing their expertise from what they have done and gained in China to Southeast Asia as a new market. This could be totally new startups that they cofound with Southeast Asian entrepreneurs, and together they tackle whitespace opportunities here,” Ng explained to TechCrunch.

“We have also seen Chinese entrepreneurs who were first posted to the Southeast Asian region under tech giants such as Alibaba and Lazada, Ant Financials and etc coming out to start up on their own.”

The second type is what particularly interests Altara, for Ng believed the fund can “back and contribute our experience, expertise and network in Southeast Asia to them.”

What’s more, the investor is bullish on the future of the Southeast Asian tech industry as the U.S. and China enter “a phase of bifurcation.”

“We think Southeast Asia will benefit from its position as the connector of East and West. Over the next 10 to 20 years, we will see more talent and capital coming into the region.”