The smartwatch category is growing, as Apple remains dominant

Fitbit and Samsung have capitalized as well — can Google do the same? 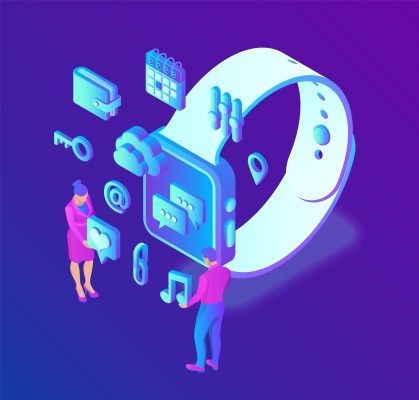 Last week Samsung and Fossil kicked off the week by announcing new smartwatches. On the same day. At the same time. From a brief moment, it felt like 2015 all over again, when the world of smartwatches felt exciting and new.

Mid-way through 2019, the good news for smartwatches is that the category continues to grow. Numbers from Strategy Analytics show some truly impressive movement on that front, with shipments from 44 percent year over year in Q2, from 8.6 million to 12.3.

Lots of reason to celebrate there if you’re a smartwatch maker — or, rather, if you’re one very specific smartwatch maker. The very important caveat to the rosy numbers is that they start to look considerably less rosy when you take Apple out of the equation. The Apple Watch accounted for 5.7 million of those Q2 numbers. That’s 46 percent of the category, up slightly from 44 the year prior.

The numbers were reflected in Apple’s last earnings. The wearables category (which, notably, also includes AirPods) was a bright spot in the company’s otherwise disappointing hardware numbers. Compare that to the company with the second-largest numbers for the quarter: Samsung, which shipped two million smartwatches in that time period.