The SaaS gold rush will become the ‘Hunger Games’

For investors, the next 5 years won’t be as easy as the last 10 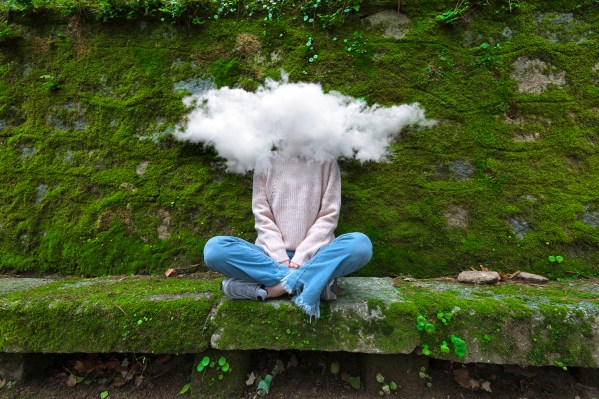 SaaS has been the motherlode of enterprise software investing for two decades now. Venture investors, entrepreneurs, and Wall Street have all learned to pile on, leading to a shared consensus that cloud investing is “a sure thing.” Nothing is more destructive to investors over the long term than a sure thing, so I began to wonder, “what could cause the wonderful economics of cloud investing to unravel?”

My conclusion is that while the cloud is obviously here to stay, the next five years in cloud investing will neither be the same nor as easy as the last 10. My reason for writing this post is not to be a party pooper, but to provide a context for startups to navigate this potentially harsher environment. This post identifies three different startup strategies, all of which can work even in the more competitive cloud economy that I envisage. More on that below.

Big picture, the summary points are as follows:

First, cloud company valuations are at all-time highs which cannot be justified by improved company operating performance but can explained by 20 years of consistent 30% growth in the cloud software market. This has given investors the comfort to “pay up.”

Second, within the next two to three years, there will be a “growth crunch” as many cloud markets saturate. At that point the Gold Rush will become the Hunger Games, as cloud companies large and small compete against each other for survival.

Third, there will be three winning strategies for a startup when this happens: fight, or compete head on in an existing cloud market; focus, or find those parts of the cloud market where there is still low competition and good growth; fly, which is to build a company based on more than just the move to the cloud.

Fourth, “beyond the cloud” means “assume the cloud” and build on top of that stack using newer technologies and a design approach where instead of the user working for the software, the software works for (or instead of) the user. At Scale, we think of this as building the Intelligent Connected World (ICW).

Let’s walk through the details.

How did we get here?

We got here because the cloud model works. It works as a computer architecture, and there is no clear replacement architecture on the horizon. It works for customers by aligning incentives with vendors to keep their software working. And it works – brilliantly – as a financial model. In a world of low growth and low interest rates, SaaS looks like a perpetual motion machine and the valuations show it. Today the median SaaS multiple is 8.5x run rate versus an all-time average of 5.6x. Higher growth companies trade at even loftier multiples of 20x and 30x. 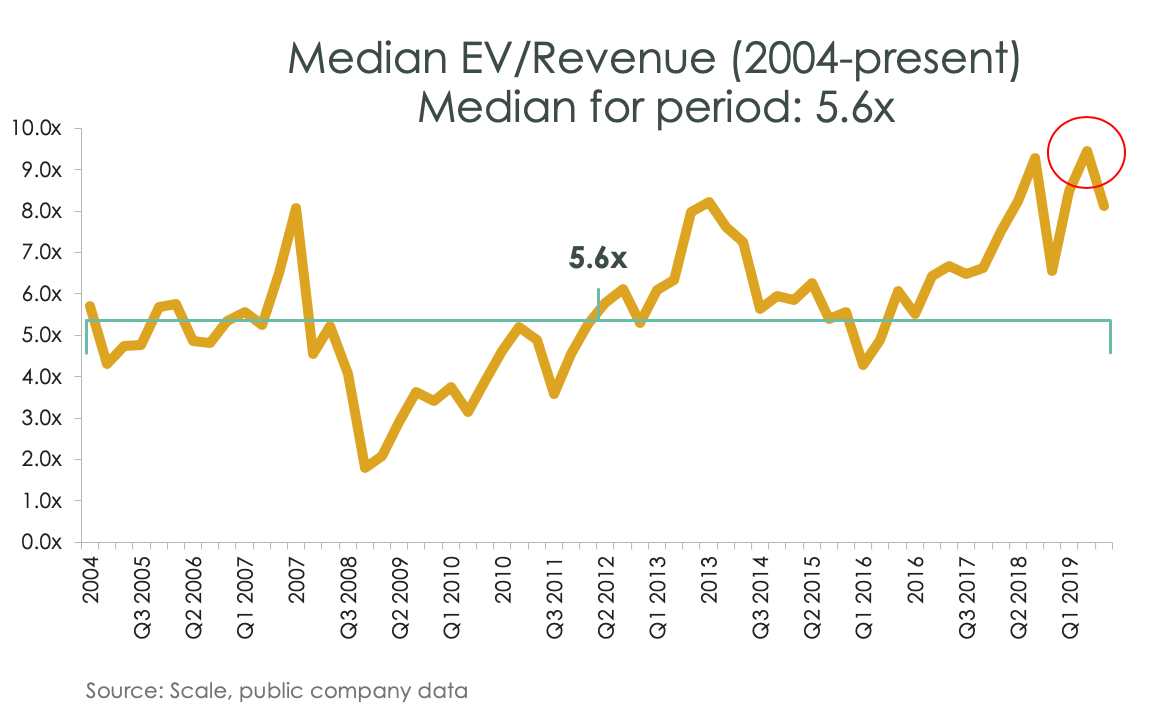 Are cloud companies performing better than ever?

The short answer is no. The four charts below show growth rate, profitability, Sales Efficiency and the Rule of 40 (a combination of growth and profitability) for the entire public SaaS universe from 2004 to today. Each chart also shows separately the median for three sub-periods within this time period: pre-crash (2004 to 2008), the crash period (2009 to 2011), and post-crash (2011 to today).

The story is the same in every case. Pre-crash operating performance was stellar in what was then a new uncrowded market. The crash was brutal on growth and forced companies to get profitable fast. But since 2011, growth rates, EBITDA, Sales Efficiency and Rule of 40 measures have all been roughly flat and provide no justification for almost a doubling of valuations in the last two years.

So why are these companies trading so richly?

It’s all about the growth

Sometimes the answer is in plain sight. The big picture in all the above numbers is that public companies in this sector have been growing at 30% plus for 15 years now, since the Salesforce IPO in 2004. Growth has not gone up but, far more importantly, it has not gone down.

Nolte: You Get What You Vote For and in Democrat-Run Cities You Get Riots