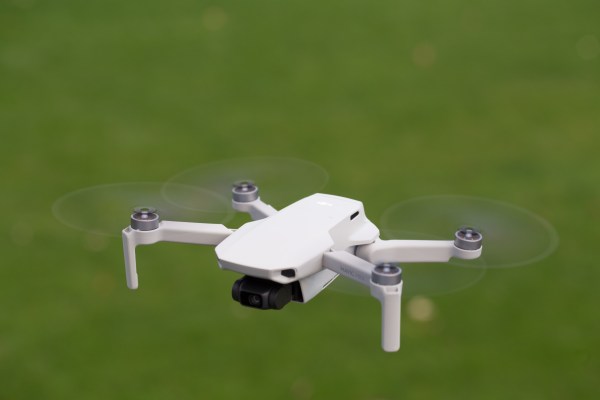 The Federal Aviation Administration this week issued proposed rules for the remote identification of drones in the U.S. The “next exciting step in safe drone integration” (their words) aims to offer a kind of license plate analog to identify the some 1.5 million drones currently registered with the governmental body.

The document is currently available online through the Federal Register in a kind of draft form, as part of a 60-day comment period. The FAA is using the two months to solicit feedback from drone operators, enthusiasts and general aviation safety wonks.

“Drones are the fastest growing segment of transportation in our nation and it is vitally important that they are safely integrated into the national airspace,” Transportation Secretary Elaine Chao said in a statement.

The rules are clearly an attempt to not only address ongoing safety concerns in high-risk areas like airports and stadiums, but also to get out in front of ever-crowding skies. Between hobbyists and commercial interests like UPS and Amazon, it’s not difficult to imagine even more issues, going forward.

This is an important building block in the unmanned traffic management ecosystem. For example, the ability to identify and locate UAS operating in the airspace of the United States provides additional situational awareness to manned and unmanned aircraft. This will become even more important as the number of UAS operations in all classes of airspace increases. In addition, the ability to identify and locate UAS provides critical information to law enforcement and other officials charged with ensuring public safety.

DJI says it’s “currently reviewing” the proposal, though the drone giant notes that it implemented its own AeroScope remote ID technology some two years ago, in order to address pilots flying too close to problem areas.

“DJI has long advocated for a Remote Identification system that would provide safety, security and accountability for authorities,” VP Brendan Schulman said in a release. “As we review the FAA’s proposal, we will be guided by the principle, recognized by the FAA’s own Aviation Rulemaking Committee in 2017, that Remote Identification will not be successful if the burdens and costs to drone operators are not minimized.”