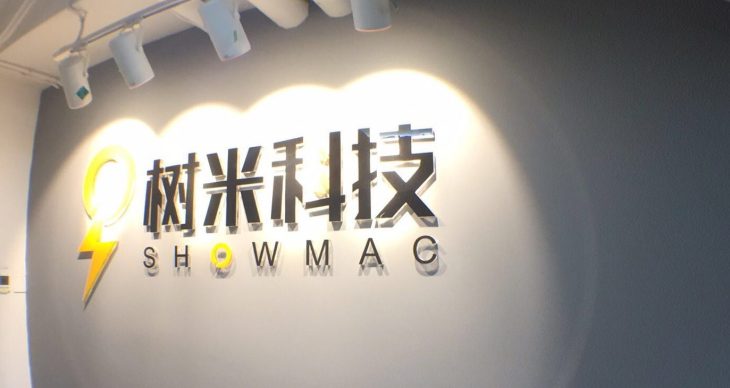 Connectivity is vital to a future managed and shaped by smart hardware, and Chinese startup Showmac Tech is proposing eSIMs as the infrastructure solution for seamless and stable communication between devices and the service providers behind.

Xiaomi accepted the proposition and doled out an investment for the startup’s angel round in 2017. Now Showmac has convinced more investors to be onboard as it banked close to 100 million yuan ($15 million) in a Series A+ round led by Addor Capital with participation from GGV Capital and Hongtai Aplus.

“We believe cellular communication will become a mainstream trend in the era of IoT. WiFi works only when it’s connected to a small number of devices, but when the number increases dramatically it becomes unreliable,” said Lily Liu, founder and chief executive of Showmac, during an interview with TechCrunch.

Unlike a traditional SIM, short for “subscriber identity module,” an eSIM doesn’t need to be on a removable card, doing away the need for the SIM card slot on a device. Rather, it will be welded onto the device’s integrated chip during assembly and is valid for different network operators. To chipmakers, Showmac’s eSIM functions like an application or software development kit (SDK), Liu observed.

The company began as a pilot project supplying eSIMs to Xiaomi’s ecosystem of connected devices and subsequently set up an entity when the solution proved its viability. Its core products today include eSIM cards for IoT devices, eSIM communication module and gateway, and connection management software as a service.

To date, Showmac has powered more than 10 million devices, around 30% of which are affiliated with Xiaomi, which through in-house development and external investments has constructed an empire of IoT partners reliant on its operating system and consumer reach.

The majority of Showmac’s clients are providers of shared goods, those of which “ownership and right to use are separate”, explained Liu, who earned a PhD in economics from China’s prestigious Huazhong University of Science and Technology. Shared bikes and Luckin’s shared coffee mugs are just a few examples.

Showmac is hardly a forerunner in the global eSIM space, but the founder believed few competitors could match it on the level of supply chain resources, thanks to its ties with Xiaomi.

“As an R&D-oriented and relatively young team, we are very fortunate to have experienced large-scale industrial activity that churns out products in the hundreds of thousands and even millions every day. [Xiaomi] has provided us with this precious opportunity,” the founder said.

With a staff of 40-50 employees across Beijing and Shenzhen, the startup is currently focusing on the Chinese market but has plans for overseas expansion in the long run.

“We are not the first to make eSIM in the world, but being in China, the center of the world’s electronics manufacturing, we are in a superior position to get things done,” suggested Liu.

The arrival of 5G is a boon to the startup, the founder believed. “5G will spurn more IoT devices and applications, giving rise to the need for IoT [devices] with cross-carrier and cross-region capabilities,” she said.

Showmac says it will spend its newly raised capital on mass-producing its integrated eSIM modules, research and development, and business development.