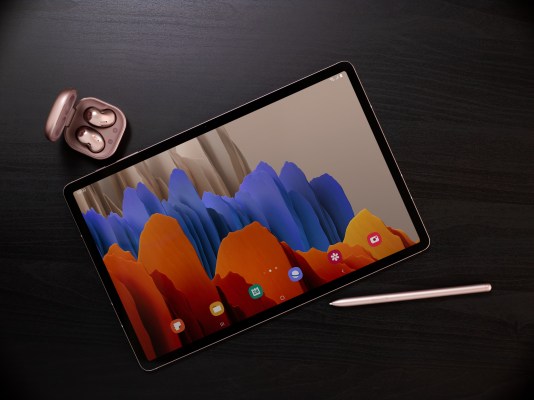 2020 was going to be the year 5G went truly mainstream. Things obviously haven’t gone according to plan these past several months, but this is undoubtedly the year Samsung went all-in on the next generation technology. After being one of the first to market with a 5G device, it’s since made its way across the company’s various flagships and even onto a couple of mid-range phones.

With the arrival of the Galaxy Tab S7 5G, Samsung also becomes one of the first to add the extra layer of connectivity to its line of premium tablets. At today’s big Unpacked redux event, we’re finally getting a better look at what the 5G version, including the ever important pricing and availability.

I’ve got a full write up of the non-5G version of the S7+ here. All of the words should pretty much apply to the new models, expect, you know, with more 5G. Honestly though, I don’t really have 5G access at the moment in the neighborhood in Queens I live in. In that case, the system reverts to LTE connectivity.

For that reason, this is going to be a pretty niche model. Honestly, the connect tablet market is still relatively niche to began with — and that’s likely to be even more so the case for 2020, when people are continuing to work from home in large numbers.

Pre-order for the tablets opens tomorrow.