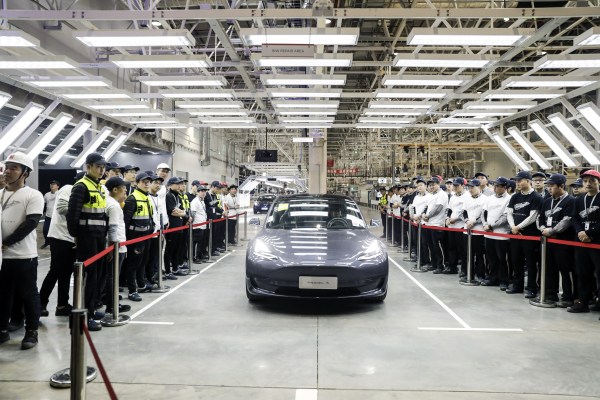 Tesla has shut down its Shanghai factory as part of a broader order by the Chinese government to stem the spread of the coronavirus in the region, a closure that will delay Model 3 production and ultimately put slight downward pressure on profits in the first quarter, the automaker’s finance chief Zach Kirkhorn said during an earnings call Wednesday.

Prior to the call, Tesla reported Wednesday $105 million in net income, or 56 cents a diluted share, compared with $140 million, or 78 cents a share, in the same year-ago period. Tesla earned $386 million, or $2.14 a share, in the fourth quarter when adjusted for one-time items. Tesla generated revenue of $7.38 billion in fourth quarter, just 1% higher than the $7.2 billion generated in the same period in 2018.

Model 3 production will be delayed by a week and a half, Kirkhorn said. Novel coronavirus, a new form of the family of viruses known as coronavirus first cropped up in Wuhan in late December 2019. Since then,  thousands of people have contracted the virus, causing the government to take measures such as shutting down transit and factories throughout the country, including Foxconn. Automakers Ford and Toyota have said they will idle some of their Chinese assembly plants for an extra week, the NYT reported.

Apple CEO Tim Cook told investors that its Chinese suppliers are scheduled to remain closed until Feb. 10. Meanwhile, Starbucks said Wednesday it would temporarily shuttered more than 2,000 of its locations in China.

“We are in the early stages of understanding if, and to what extent, we may be temporarily impacted by the coronavirus,” Kirkhorn said. “At this point we’re expecting a one, to one and a half week-delay in the ramp of the Shanghai build Model 3 due to a government required factory shutdown. This may slightly impact profitability for the quarter, but is limited as the profit contribution from Model 3 Shanghai remains in the early stages.”

Tesla is also closely monitoring if the coronavirus will cause interruptions in the supply chain for cars built in Fremont. “So far we’re not aware of anything material, but it’s important to caveat, this is an unfolding story,” Kirkhorn added.

The first deliveries of Tesla Model 3 sedans produced at the Shanghai plant began in early January, one year after the U.S. automaker began construction on its first factory outside the United States.

The deliveries to customers was a milestone for Tesla and a critical step for the company in its aim to carve out market share in the world’s biggest auto market, as well as lessen the financial pain caused by tariffs.