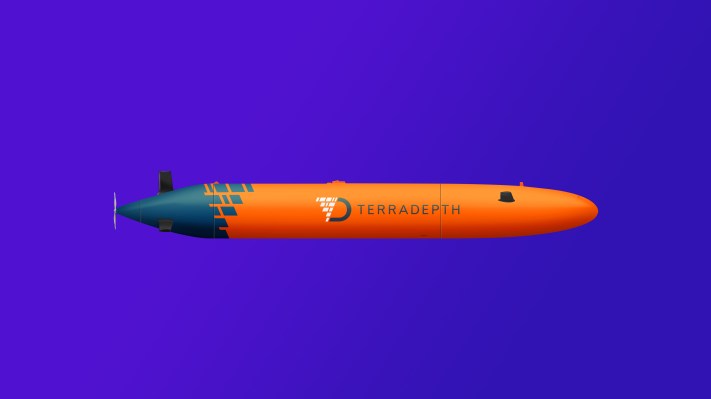 Plenty of the ocean remains unexplored, even though it’s a huge trove of potentially valuable information. Current methods for mapping and gathering ocean data, especially deep-ocean data, generally require humans in the mix (even if controlling vehicles remotely), are immensely expensive and are not designed for long periods of operation. Startup Terradepth, founded by two ex-Navy SEALs and based in Austin, Texas, is aiming to change all that using autonomous submersible vehicles that can, if deployed as a fleet with adequate scale, provide access to deep-ocean information on a data-as-a-service basis.

The startup has raised $8 million in funding in a new round led by storage hardware company Seagate Technology, and the funding will help it pursue its ambitious goal of demonstrating their technology at work in an open-water environment by next summer. From there, it hopes to scale its operations the following year, and ultimately operate an entire networked fleet of its fully autonomous underwater robots, which it calls “Autonomous Hybrid Vehicles,” or AxV.

Terradepth says that its technology will be able to operate at a scale and cost not previously possible because of their use of autonomous navigation, and it will aim to offer raw data, information processed through their own machine-learning powered analytics layer, or cloud-based third-party analytics. They aim to offer multispectral imaging, surveillance and monitoring/forecasting services for off-shore equipment and resources.

In addition to co-founders Joe Wolfel and Judson Kauffman, Terradepth’s small team includes a range of roboticists and engineers with expertise in both software and hardware. Their vehicles are designed to alternate between deep ocean passes and trips to the water’s surface, with underwater AxV communicating with the surface-based robots, which are simultaneously recharging, which then pass on data collected to satellites for relaying back to data centers and customers.