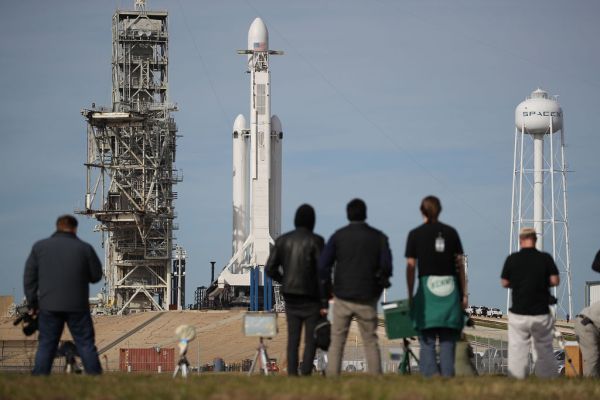 Techstars has got the stars in its eyes, and space on the brain as it doubles down on investment programs that aim to enable the commercial space industry to boldly go where it has never gone before.

On the heels of SpaceX’s historic mission last weekend taking astronauts to the International Space Station, the space industry feels newly invigorated and its prospects loom large in the minds of early stage investors.

“I believe strongly that the commercial market is emerging,” said Matt Kozlov, the Managing Director of the Techstars Starburst Space program. “The flight last weekend was a very important milestone. We’ve had commercial flights for putting satellites into orbit for years. and I’ve got several startups launching satellites in the next year or two.”

For Kozlov and others, the combination of American government dollars funneling into commercial programs creates an incredible opportunity that investors can tap. “The fact that the American government in particular is increasingly relying on commercial companies to do what had typically been done by the military [and that] they are increasing the amount of money that they are funneling into startups to mature them is a clear indicator,” said Kozlov.

The Air Force in particular, through Small Business Innovation Research grants and early contracts to suppliers, has been a large benefactor for early stage space companies, said Kozlov. “NASA has been a little slower to working with startups,” he said. “They will work with very big companies like SpaceX because they have a lower risk tolerance. But I am seeing that start to change. And I think our program is part of that initial change…We’re seeing NASA embrace external contracts for innovation.”

Just one year after launching its initial cohort, the Techstars Starburst portfolio had managed to notch a few successes including a $3 million round for OrbitFab; a boost in profile for Morpheus Space and its modular, scalable satellite propulsion technology; and an imminent satellite launch for Pixxel.

Building on that success Techstars has actually developed a second space accelerator program for partners across the pond.

According to a statement from Techstars the virtual program also focuses on the next generation of space technologies, with companies working on geospatial analytics, satellite servicing, space situational awareness, resilient communications, machine learning and other verticals.

It’s a compliment to the existing Starburst program, whose latest cohort includes: