Acclaimed screenwriter and director Paul Schrader posted a bizarre Facebook message Wednesday in which he pondered the possibility of giving his screenwriting students an assignment about a plot to kill President Donald Trump.

Paul Schrader, who is best known for writing the movies Taxi Driver and Raging Bull, asked his Facebook followers if he or his students would face legal trouble with the assignment.

“WOULD I BE IN LEGAL TROUBLE IF. I assigned screenwriting students to to develop a story detailing a plot to kill the US President? What if I specified the President’s name was Donald Trump?” Schrader wrote. 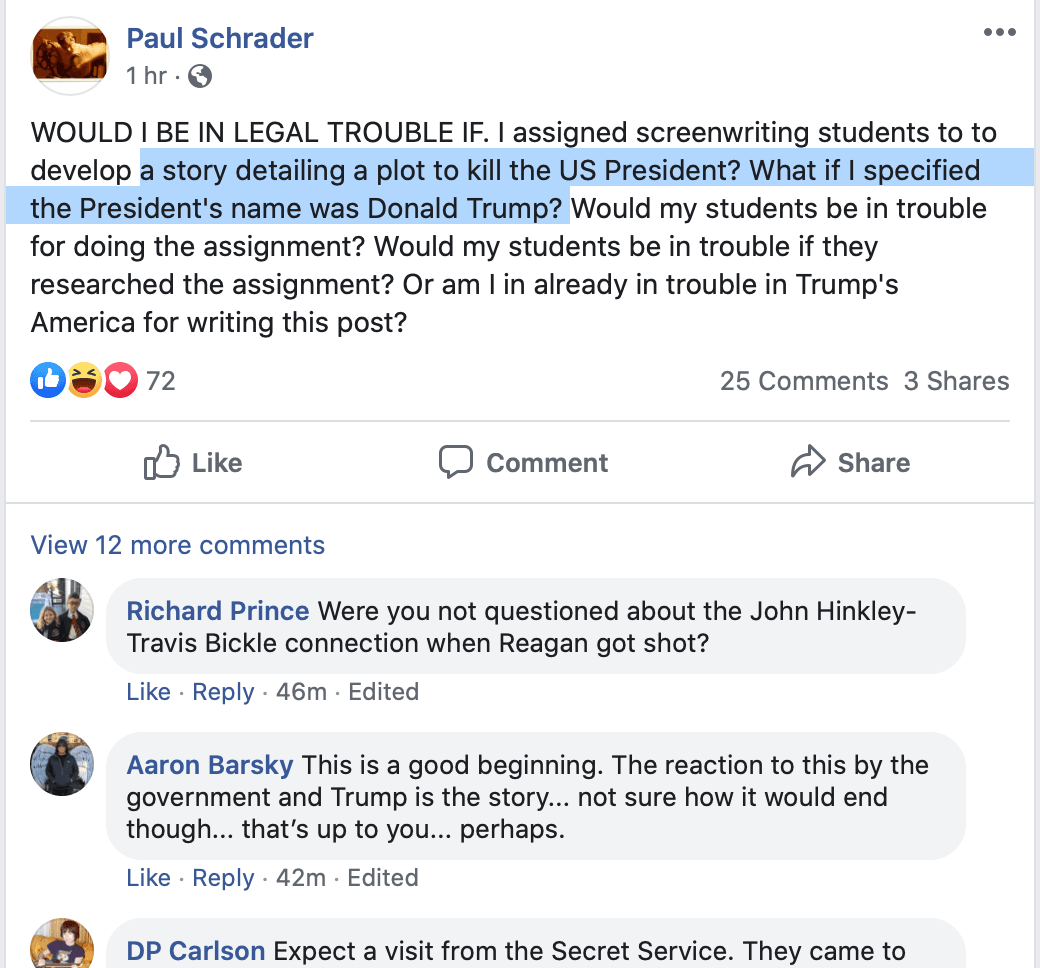 Threatening to kill the president is a federal offense under the U.S. Code. It remains unclear if Schrader’s Facebook post constitutes a threat since it is deliberately worded as a series of hypothetical scenarios.

Schrader has previously posted on Facebook about his loathing of President Trump, once calling for physical violence shortly after the 2016 election. He later revealed that the post prompted a visit from the Department of Homeland Security.

“There are those who say Trump’s supporters don’t understand what is really going on. I’m afraid I disagree. I think they know exactly what’s happening and approve of it. They want a strong man rule. They don’t want the chaos of democracy,” Schrader wrote.

“They revere democracy in principle but hate it in practice. They are nativists. They are the crowds that lined the streets in Nuremberg in 1933. The question is: are there more of them or more of us?”

Schrader has directed such acclaimed movies as American Gigolo, Mishima, and Affliction.