Swarm gets green light from FCC for its 150-satellite constellation 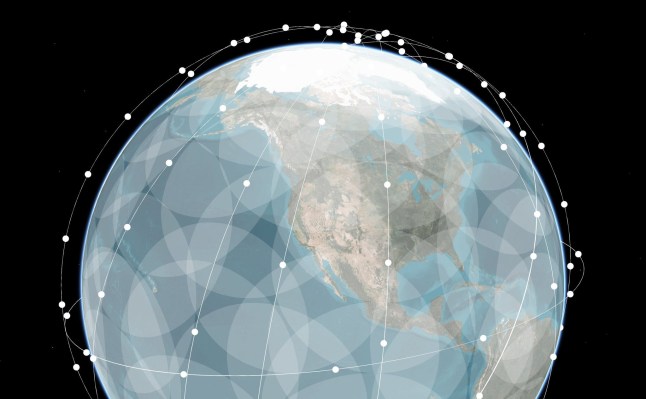 Swarm Technologies aims to connect smart devices around the world with a low-bandwidth but ever-present network provided by satellites — and it just got approval from the FCC to do so. Apparently the agency is no longer worried that Swarm’s sandwich-sized satellites are too small to be tracked.

The company’s SpaceBEE satellites are tiny things that will provide a connection to devices that might otherwise be a pain to get online. Think soil monitors in the middle of corn fields, or buoys in the middle of the ocean. Their signals don’t need low latency or high bandwidth — so the requirements for a satellite that serves them are much lower than for consumer broadband.

Consequently Swarm’s satellites are small — so small in fact that the FCC was worried that they would be difficult to track and might be a danger to other satellites. Part of the company’s responsibility in its application was to show that isn’t the case.

The FCC approval is just one step in the long process of getting approved to go to space for commercial operations, but it’s a big one. In addition to granting Swarm permission to send up its planned 150 satellites (and up to 600 if it decides to spread out a little), the FCC assigned Swarm the wireless spectrum it needs to operate. No use being in space if you’re forbidden from transmitting on the frequencies you need, right?

Longtime satellite communications provider ORBCOMM had objected that Swarm would be taking over some parts of the spectrum it has been assigned — but the FCC found that wasn’t actually the case and in fact the company was in a way making a sort of power play that would have extended its control over those frequencies. So their concerns were dismissed.

SpaceX also filed a comment suggesting that Swarm had not adequately considered its orbital debris footprint, neglecting in particular to include its satellites’ antennas in various calculations. It also said the satellites might be a risk to the International Space Station. But documents filed by Swarm addressing these questions seem to have satisfied the FCC completely — “We find that Swarm has taken the appropriate steps to address SpaceX’s concerns,” and it granted the application with the condition that the company abide by any upcoming orbital debris rules.

Swarm has clearly moved well past the black mark on its FCC record when it launched test satellites without the proper approvals. The red tape involved in space operations is voluminous and it’s not uncommon to fall afoul of it — especially when your competitors, as evidenced by the above, are making more of it for you.

Now that it has its paperwork in order, Swarm plans to get its entire constellation in orbit by the end of the year.

“The FCC grant of Swarm’s spectrum and launch approvals is a big milestone for the company. Swarm is now poised to be first to market for an entire global satellite data communications constellation before the end of 2020,” said CEO and co-founder Sara Spangelo in a statement to TechCrunch.

“This is an important moment for the satellite industry, for US innovation in space, and for the large number of IoT customers world-wide that Swarm is excited to support with 2-way data services,” added CTO and co-founder Ben Longmire.

Both Sara and Ben were at TechCrunch Disrupt earlier this month, and the former sat on a panel with Bessemer Venture Partners’ Tess Hatch and OneWeb CEO Adrian Steckel (with myself as moderator). We chatted about a variety of topics relating to the new space economy — if you’re thinking of getting up there yourself, you might be interested to watch it below.