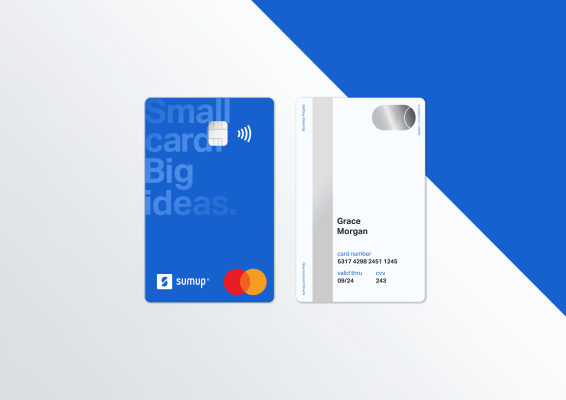 SumUp, the London-based fintech company that enables small businesses to take card payments via its device and online, is launching its own pre-paid card in partnership with Mastercard.

Dubbed “SumUp Card,” the new offering will enable merchants to gain quicker to access funds collected via SumUp as it will no longer require money to be transferred out to a third-party bank account first.

The idea — and especially useful for cash-flow constrained micro-businesses — is that the new card can be used for all business payments, in addition to letting SumUp merchants access other benefits, such as guaranteed next-day payouts (including on weekends) and low FX rates. It means SumUp now covers collecting and making payments, evolving into a banking app of sorts.

The SumUp Card, which supports online, contactless, and Chip-and-PIN payments, has no upfront cost or monthly fee. It is available immediately in the U.K., Italy and France, with plans to extend the service to further territories in the next 12 months.

“SumUp Card is a beneficial tool for merchants to get their payouts quicker, including on weekends, and control the cash flow,” a SumUp spokesperson tells TechCrunch. “It also allows merchants to have an overview of their finances in one place. Merchants can further keep money on the card and use it for paying business expenses, separating personal and business cash flows”.

More broadly, the paint-point SumUp is trying to solve is that working capital is one of the biggest costs for small businesses, and by allowing them to shorten their cash cycles, it aims to help those businesses become more viable.

“Following feedback from SumUp merchants, it was clear that quicker payments and uninterrupted access to funds were particularly important to those running a micro-business, and who may not be able to open a traditional business account,” adds the spokesperson.

“The cost associated with opening a business account at a traditional bank is prohibitive for the small merchants as banks avoid serving this segment and are not able to do so profitably. In our merchant interviews, we heard feedback from a U.K. merchant that getting a business bank account is like getting married: as soon as you say it’s a wedding the cost doubles. SumUp Card allows these merchants to separate their personal accounts from their day-to-day business, removing friction in the process”.