Spotify signs deal with Saregama to add more than 100,000 tracks to India catalog 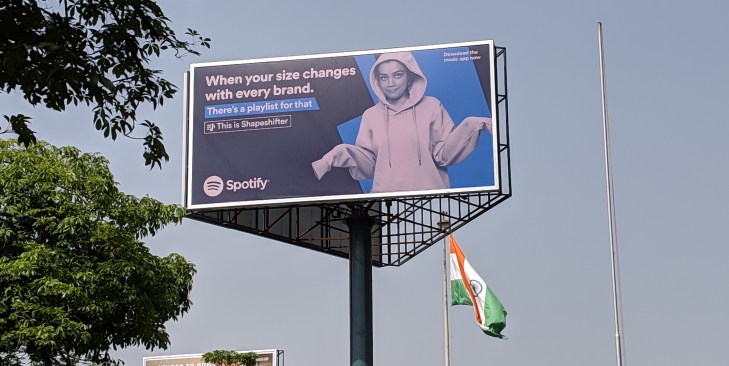 Spotify has secured another deal in India to fill much of the remaining void in its catalog in the country.

The Swedish music streaming service said on Monday it has partnered with Indian music label Saregama to bring more than 100,000 retro and new age songs in over 2 dozen languages to users in one of the largest entertainment markets in Asia.

Spotify already has a deal in place with a distributor to offer Saragama’s music to users outside of India, a Spotify spokesperson told TechCrunch. But the company had a legal battle with Saregama in India that resulted in Spotify to remove all of Saregama’s content from its platform for users in the country.

Vikram Mehra, Managing Director of Saregama India, said Monday’s announcement is allowing the music label to bring its entire catalog — “the largest library of films and non-film songs in over 25 languages” ranging from old classics to new age music — to users in India.

The company has found its music library so valuable that it has been selling portable speakers bundled with thousands of these tracks. It has sold more than 2 million such devices, called Carvaan, that retail between $25 to $80 in three years.

Expanding its catalog would help Spotify better compete with rivals in India, all of which already offer these titles on their platforms. And there are several of them.

Most music streaming services including Spotify, Apple Music, and recent entrant Resso have aggressively priced their premium subscriptions in India, charging less than $2 a month.

According to industry estimates, more than 200 million Indians stream music online. Times Internet -owned Gaana leads the market with over 150 million monthly active users. But very few are willing to pay yet — which explains why Spotify launched a free ad-supported service in India that offers users in the country access to the full catalog.

Bloomberg reported in December that YouTube Music / Premium, had amassed over 800,000 subscribers in India, more than Spotify in the country. According to research firm Statista, music streaming services in India will clock about $244 million in revenue this year, compared to the much mature U.S. market, where they are estimated to generate $4.5 billion this year.