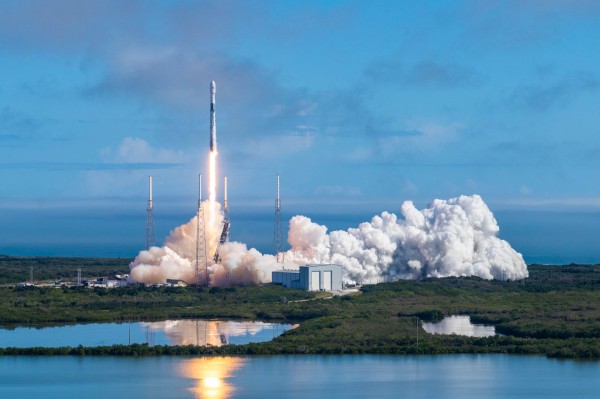 SpaceX is preparing for yet another launch of Starlink satellites on Tuesday – its tenth launch of production versions of the satellites to date. In addition to 58 Starlink satellites, the Falcon 9 flying the mission will also carry three Planet  satellites – and it’ll be the sixth time this particular rocket booster has made the trip, marking a record-breaking achievement for SpaceX.

The first stage booster used on Tuesday’s mission has flown on three previous SpaceX Starlink missions, as well as two other launches to carry satellites for SpaceX customers Telstar and Iridium . SpaceX will also be attempting to land the booster in order to recover it again, which would be another record-breaking achievement for the company.

SpaceX’s flurry of Starlink launches has provided it with a great opportunity to extend its work on reusable rocketry, which is likely helping drive down its launch costs as well. Starlink is the company’s own project, which means it’s particularly important that it be able to reduce operating costs on each launch to build the constellation – the broadband internet service that Starlink will provide is only just approaching the beta stage, and won’t be returning revenue to the company for quite a while yet.

Another way SpaceX is pushing the envelope with its reusability on these launches is with its fairing recovery program. The company has been seeking to catch both halves of the fairing it uses to protect the rocket’s cargo during launch, using ships with nets extending from their decks. It managed to catch both halves successfully during a Starlink launch in July for the first time. This has the potential to reduce launch costs by as much as $6 million per flight where a reused fairing is flown again.

This mission also includes a payload rideshare arrangement with client Planet, which is another way that SpaceX can further defray the capital expenditure that goes into these launches of its own satellites. The companies haven’t revealed the split in terms of how much Planet or any other clients are paying to host a few satellites on these Starlink launches, but it’s likely enough to help take a decent chunk out of the overall cost of launching.

Besides bringing SpaceX one step closer to its goal of beginning to offer Starlink internet service, and continuing to break new ground in its reusability program, it’s also the 100th launch for the company (and 92nd Falcon 9 flight). That’s a big milestone in itself, and one that continues a year of monumental firsts for SpaceX.