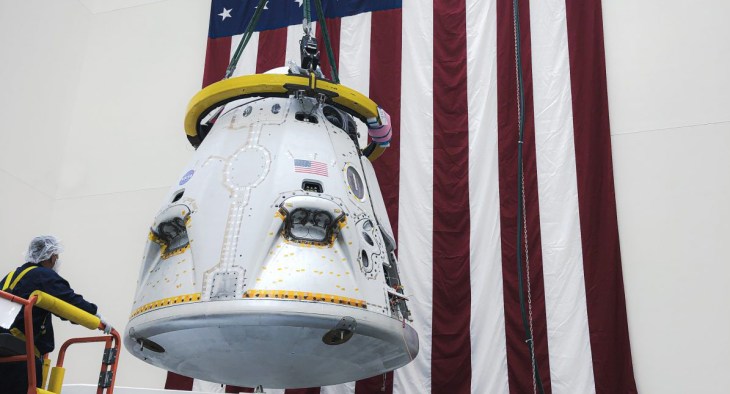 SpaceX and NASA have shared an official target launch date for the all-important in-flight abort test of Crew Dragon, their commercial crew spacecraft. The in-flight abort test is a required component before NASA astronauts can climb on board and take their first trip aboard the Crew Dragon. NASA and SpaceX are currently targeting Saturday, January 18 for this milestone system test.

The in-flight abort test does just what it sounds like: Provides an opportunity for an actual in-flight test of the Crew Dragon’s abort system, which can be used to cut short a mission should anything go wrong, ensuring the safety of astronauts on board by propelling the crew capsule away from the rocket to a safe distance at incredible speed.

This is one of the last, most important steps in the long road towards the ultimate goal of SpaceX and NASA for the commercial crew program: Reestablishing America’s ability to launch astronauts from U.S. soil aboard U.S. crew spacecraft. SpaceX has already completed other key steps, including a number of successful consecutive tests of the new parachute system it designed to safety control the descent of the Crew Dragon once it returns to Earth’s atmosphere, and it’ll look to launch its first Crew Dragon with humans on board sometime later in 2020 – provided all goes to plan with this crucial abort test.