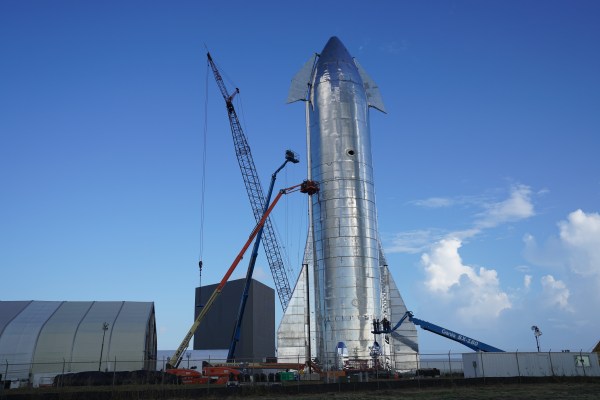 SpaceX founder Elon Musk has been sharing a number of updates about his company’s progress on Starship this week. Along with footage of the assembly process of the current “SN1” prototype of Starship, he explained on Twitter some of the other considerations and strategies the company is working with as it works on the new spacecraft and tries to fly it to space this year.

Musk said that SpaceX is iterating at a much faster pace with Starship than it has recently with Falcon, as Falcon’s design more or less stabilized once it started working consistently. He noted that the ability to progress with the design toward having a production vehicle is dependent on the number of interactions of the prototypes of the spacecraft, multiplied by the progress achieved between each version.

That’s been the way that SpaceX has worked in the past, and one of the key reasons it’s been able to upend the traditional rocket launch industry. It moves fast, iterating as it goes and making changes based on failures quickly, whereas the industry has largely focused on more stop/start development cycles where things are mostly fixed with brief periods of intense focus on improvement between long-lived vehicle generations.

Starship presents the company’s biggest challenge yet when it comes to this model, if only because of the scale of the rocket. Starship is by far SpaceX’s largest rocket, and building a number of them quickly is actually a significant challenge just from a mechanical perspective, especially when you factor in the considerable changes between generations, and the eventual addition of the very large Super Heavy rocket booster.

On top of the scale of the spacecraft, there’s also the nature of the vehicle, which SpaceX aims to make fully reusable — with quick turnaround between each flight. It’s fairly easy (relatively speaking, of course) to build a spacecraft that only really needs to work once; it’s another thing entirely to build one that you want to reuse tens or even hundreds of times.

Last year, Musk had said at the unveiling of the first completed full-scale prototype of the Starship that they’d aim to have an orbital flight in as few as six months’ time. It’s increasingly looking like that was yet another extremely optimistic timeline from the SpaceX founder, and SN1 is still aiming to complete a high-altitude suborbital flight before future versions actually make the trip to space. Musk suggested SN3, SN4 or SN5 could be the one to take that trip, according to Ars Technica’s Eric Berger.

Berger also reports that SpaceX is considering one of three options for actually launching the orbital Starship prototype, which will be powered by six of the company’s Raptor engines. These will include either flying from Boca Chica, Texas (this is most likely), where the spacecraft are being built, or from Florida, where SpaceX maintains a launch facility for its Falcon rockets, or as a third option, from a sea-based floating launch platform.

SpaceX will need to increase the rate at which it is building, testing and flying these prototypes if it aims to make 2020 for an orbital flight, but it’s also hiring up to help it speed up production. Earlier this year Musk sent out a call for job applicants to staff up additional production shifts for round-the-clock operations, and SpaceX hosted a job fair for interested applicants at its Texas site earlier this month.