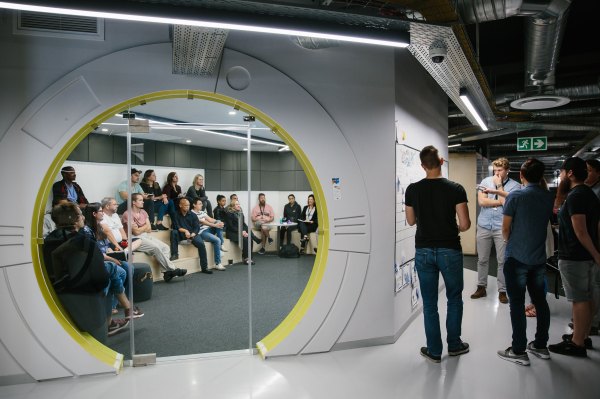 South African fintech startup Jumo closed a $55 million round from a diverse group of investors, the company confirmed.

Founded in 2015 and based in Cape Town, the venture offers a full tech stack for partners to build savings, lending, and insurance products for customers in emerging markets.

This week’s funding follows a $52 million raise by Jumo in 2018, led by U.S. investment bank Goldman Sachs, that saw the startup expand to Asia.

“This fresh investment comes from new and existing…investors including Goldman Sachs, Odey Asset Management and LeapFrog Investments,” Jumo said in a statement —  though Goldman told TechCrunch its participation in this week’s round isn’t confirmed.

After the latest haul, Jumo has raised $146 million in capital, according to Crunchbase.

With its VC the company plans to move into new markets and launch new products in Asia and Africa.

“I’m excited for our next phase. This backing will help us build a better business and break new ground,”  Jumo founder Andrew Watkins-Ball said.

The company’s products have disbursed over $1 billion loans and served over 15 million people and small businesses, according to Jumo data.

Jumo is active in six markets and plans to expand to two new countries in Africa (Nigeria and Ivory Coast) and two in Asia (Bangladesh and India).

Nigeria in particular has become Africa’s unofficial capital for fintech development, surpassing Kenya in 2019 for drawing the most fintech specific and overall VC on the continent, according to WeeTracker.