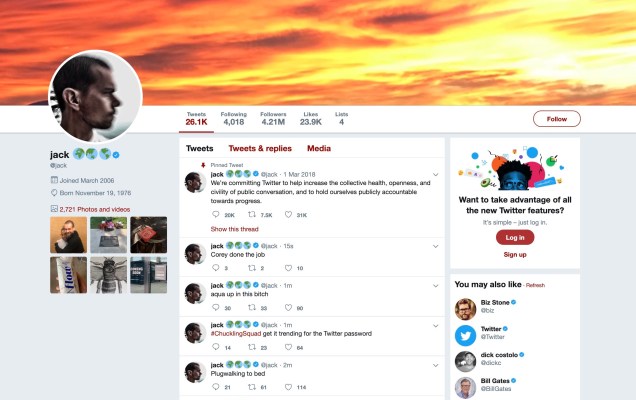 Dorsey has more than 4.21 million followers.

Twitter spokesperson Ebony Turner said the company was investigating. The company also tweeted about the incident:

We’re aware that @jack was compromised and investigating what happened.

It’s not immediately known how the account was compromised. However, the rogue tweets were sent via Cloudhopper, a service Twitter bought in 2010 to improve its SMS service, suggesting Dorsey’s account may have been compromised by an authorized third-party app rather than obtaining Dorsey’s account password.

The account is now secure, and there is no indication that Twitter’s systems have been compromised.