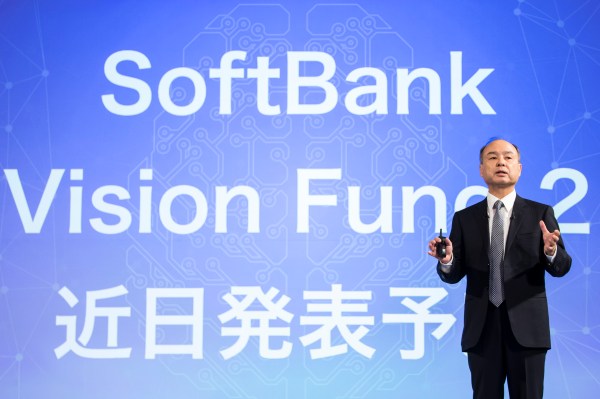 SoftBank has a plant to loan up to $20 billion to its employees, including CEO Masayoshi Son, for the purposes of having that capital re-invested in SoftBank’s own Vision venture fund, according to a new report from the Wall Street Journal. That’s a highly unusual move that could be risky in terms of how much exposure SoftBank Group has on the whole in terms of its startup bets, but the upside is that it can potentially fill out as much as a fifth of its newly announced second Vision Fund’s total target raise of $108 billion from a highly aligned investor pool.

SoftBank revealed its plans for its second Vision Fund last month, including $38 billion from SoftBank itself, as well as commitments from Apple, Microsoft and more. The company also took a similar approach to its original Vision Fund, WSJ reports, with stakes from employees provided with loans totalling $8 billion of that $100 billion commitment.

The potential pay-off is big, provided the fund has some solid winners that achieve liquidation events that provide big returns that employees can then use to pay off the original loans, walking away with profit. That’s definitely a risk, however, especially in the current global economic client. As WSJ notes, the Uber shares that Vision Fund I acquired are now worth less than what SoftBank originally paid for them according to sources, and SoftBank bet WeWork looks poised to be another company whose IPO might not make that much, if any, money for later stage investors.