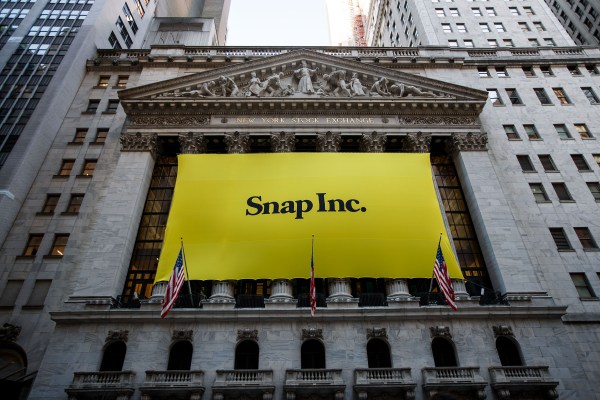 Snap, the parent company of Snapchat, is looking to add some cash to its coffers via a new proposed private offering of $1 billion in convertible senior notes, with a due date for maturation of August 1, 2026. The debt offering will be used to cover the cost of general operating expenditures involved in running the business, Snap says, but also potentially to “acquire complementary businesses, products, services or technologies,” as well as possibly for future stock repurchase plans, though no such plans exist currently.

Raising debt to fund operations and acquisitions is not unusual for a publicly traded company – Netflix does this regularly to pick up more money to fund its increasingly expensive production budget for content, for instance. So far, the market seems to be reacting negatively to the news of Snap’s decision to seek this chunk of debt funding, however, as it’s down in pre-market trading.

Snap has generally been on a positive path in terms of its relationship with stockholders, however – its stock price rose on the back of a strong quarterly earnings report at the end of July, closing above its IPO price for the first time. It’s now dipped south of that mark again, but it’s still much-improved on a year-to-date timeline measure.