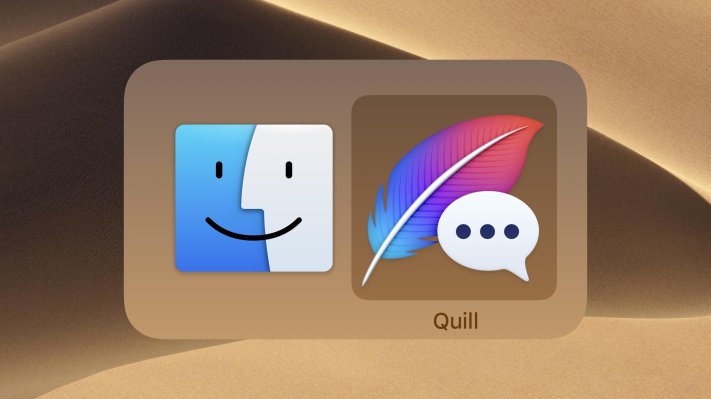 Slack created a new solution for workplace communication, one copied by many, even Microsoft. But the product, which is meant to help individuals and businesses collaborate, has been critiqued for sending too many notifications, with some claiming it’s sabotaged workplace productivity.

Quill, a startup led by Ludwig Pettersson, Stripe’s former creative director and design aficionado, claims to offer “meaningful conversations, without disturbing your team.” The company has raised a $2 million seed round led by Sam Altman with participation from General Catalyst, followed by a $12.5 million Series A at a $62.5 million valuation led by Index Ventures partner and former Slack board observer Sarah Cannon, TechCrunch has learned.

The company, based in San Francisco, has created a no-frills messaging product. Still in beta, Quill plans to encourage fewer, more focused conversations with a heavy emphasis on threads, sources tell TechCrunch . The product is less of a firehose than Slack, says former Y Combinator president Altman, where one can get stuck for extended periods of time filtering through direct messages, threads and channels.

“It’s relentlessly focused on increasing the bandwidth and efficiency of communication,” Altman tells TechCrunch. “The product technically works super well–it surfaces the right information in the feed and it’s pretty intelligent about how it brings the right people into conversations.”

Pettersson previously worked with Altman at his current venture, OpenAI, a research-driven business focused on development that steers artificial intelligence in a “friendlier” direction. Pettersson was a member of the company’s technical staff in 2016 and 2017, creating OpenAI’s initial design.

Index Ventures, for its part, appears to be doubling down on the growing workplace communications software category. The firm first invested in Slack, which completed its highly-anticipated direct listing earlier this year, in 2015. Slack went on to raise hundred millions more, reaching a valuation of over $7 billion in 2018.

Since going public, Slack has struggled to find its footing on the public markets, in large part due to the growing threat of Microsoft Teams, the software giant’s Slack-like product that debuted in 2016. Quickly, Microsoft has gobbled up market share, offering convenient product packages including beloved tools used by most businesses. As of July, Teams had 13 million daily active users and the title of Microsoft’s fastest-growing application in its history. Slack reported 12 million daily active users earlier this month.

Startups like Quill pose a threat to Slack, too. It created the playbook for workplace chat software and proved the massive appetite for such tools; companies are bound to iterate on the model for years to come.

This Breath of the Wild 2 Leak Is an Obvious Fraud… Right?