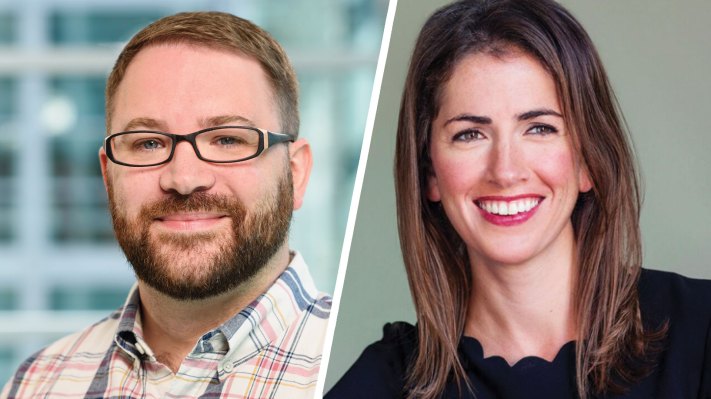 If there was one company at the top of everyone’s mind this year, it was Slack.

The now-ubiquitous workplace messaging tool began trading on the New York Stock Exchange in June after taking an unusual route to the public markets known as a direct listing. Slack bypassed the typical IPO process in favor of putting its current stock on to the NYSE without doing an additional raise or bringing on underwriter banking partners.

Slack co-founder and chief technology officer Cal Henderson and Slack investor and Spark Capital general partner Megan Quinn will join us on stage at TechCrunch Disrupt SF to give a behind the scenes look at Slack’s banner year, the company’s origin story and what convinced Quinn to participate in the business’s funding round years ago.

Early in his career, Henderson was the technical director of Special Web Projects at Emap, a UK media company. Later, he became the head of engineering for Flickr, the photo-sharing tool co-founded by Slack chief Steward Butterfield. In April 2009, he was reported to be starting a new stealth social gaming company with Butterfield, a project that would ultimately become Slack.

Quinn, for her part, added Slack to the Spark Capital portfolio in 2015, participating in the company’s $160 million Series E at a valuation of $2.8 billion. No small startup at the time, Slack already had 750,000 daily users and backing from Accel, Andreessen Horowitz, Social Capital, GV and Kleiner Perkins.

Quinn is a seasoned investor, known for striking deals with Coinbase, Glossier, Rover and Wealthfront, among others. She first entered the venture capital scene in 2012 as an investment partner at Kleiner Perkins, where she invested in early to mid-stage consumer tech startups. Quinn joined Spark Capital in 2015 to make growth-stage investments in companies across the board.

Before trying her hand at VC, she spent seven years in product management and strategic partnership development at Google and one year as the head of product at payments company Square.