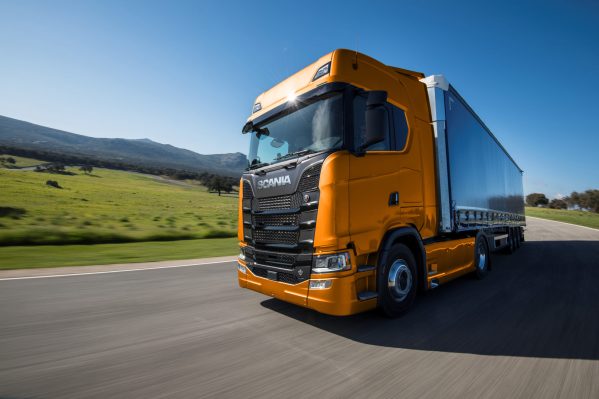 Logistics and the movement of freight from point A to B (and C and beyond) is one of the more antiquated, and less-understood aspects of the world of commerce. But one look at Amazon and how it has grown its empire on the strength of its logistics prowess (and another glance or two at the companies that have fallen down on supply and shipment costs and issues), and you can see just how much of a cornerstone it is for a business to get right. Today, a Berlin-based startup called Sennder is announcing a significant round of funding to take on that antiquated logistics market with an updated, digital platform. It has raised a Series C of $70 million, with a valuation that we understand is in the region of $300 million.

The funding — led by Lakestar with participation from Accel, Next47, H14, HV Holtzbrinck Ventures, Project A and Scania Growth Capital — is notable in that it’s the second round that Sennder has raised this year alone. (It announced a Series B of $30 million this past spring.) That underscores the current surge of investor and market interest in logistics, which is estimated to be a $400 billion market in Europe alone.

Other big funding rounds in the market have included others that compete directly with Sennder in the area of freight forwarding, such as Flexport out of the US bagging an investment from Softbank at a $3.2 billion valuation; Zencargo out of the UK raising $20 million; and FreightHub raising $30 million. In the wider market of logistics, Bringg has raised $25 million and NEXT raising $97 million.

That speaks to a very crowded market, which is where Sennder’s specialization comes into play. Its focus specifically is on one part of the market called the “full truck load” (FTL) market, which is aimed at organising, logging and optimising the cargo that lorry drivers are packing up onto their pallets, with a specific focus on smaller and mid-size trucking companies.

It’s an area that is estimated to be valued at $120 billion in Europe alone. As with other startups in logistics, the aim is to bring cloud-based communications and better record keeping, along with more efficient logistical mapping organization to an industry that has been operating largely by way of faxed or shipped invoices and even in some cases, handshakes.

In the case of Sennder, that includes not just better communication between truckers, those shipping the goods, and those receiving them, but GPS tracking to help with arrivals estimates and invoicing between truckers and shippers. Given its emphasis on small and medium trucking companies, it often works directly with the owners of the trucks themselves.

“We have pooled our knowledge and experience gathered in our previous roles to improve operational excellence in this highly complex market. Our relentless focus on product and industry pain points has helped us to deliver an impressive portfolio of global, highly satisfied enterprise clients,” said David Nothacker, who co-founded the company with Nicolaus Schefenacker and Julius Koehler, in a statement. “We believe that sennder is leading the way for the industry on digitisation, reliability and customer service.”