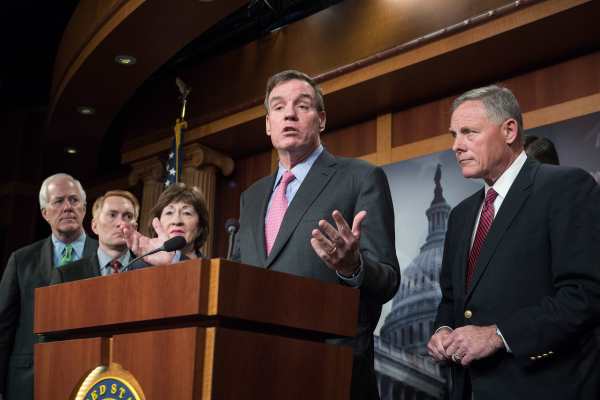 The Senate Select Committee on Intelligence today released the first volume of its bipartisan investigation into Russia’s attempts to interfere with the 2016 U.S. elections.

Through two and a half years the committee has held 15 open hearings, interviewed more than 200 witnesses and reviewed nearly 400,000 documents, according to a statement, and will be publishing other volumes from its investigation over the next year.

“In 2016, the U.S. was unprepared at all levels of government for a concerted attack from a determined foreign adversary on our election infrastructure. Since then, we have learned much more about the nature of Russia’s cyber activities and better understand the real and urgent threat they pose,” Committee Chairman Burr said in a statement. “The Department of Homeland Security and state and local elections officials have dramatically changed how they approach election security, working together to bridge gaps in information sharing and shore up vulnerabilities.”

Both Sen. Burr and Sen. Warner said that additional steps still needed to be taken.

“[There’s] still much more we can and must do to protect our elections. I hope the bipartisan findings and recommendations outlined in this report will underscore to the White House and all of our colleagues, regardless of political party, that this threat remains urgent, and we have a responsibility to defend our democracy against it.”

Among the Committee’s findings were that Russian hackers exploited the seams between federal and state authorities. State election officials, the report found, were not sufficiently warned or prepared to handle an attack from a state actor.

The warnings that were provided by the Federal Bureau of Investigation and the Department of Homeland Security weren’t detailed enough nor did they contain enough relevant information that would have encouraged the states to take threats more seriously, the report indicated.

More work still needs to be done, according to the Committee. DHS needs to coordinate its efforts with state officials much more closely. But states need to do more as well to ensure that new voting machines have a voter-verified paper trail.

So does Congress. The committee report underscores that Congress needs to evaluate the results of the $380 million in state security grants which were issued under the Help America Vote Act and ensure that additional funding is available to address any security gaps in voting systems and technologies around the U.S.

Finally, the U.S. needs to create more appropriate deterrence mechanisms to enable the country to respond effectively to cyberattacks on elections.

The Committee’s support for greater spending on election security and refining electoral policy to ensure safe and secure access to the ballot comes as Senate majority leader Mitch McConnell of Kentucky has blocked two election security measures that were attempting to come before the Senate floor for a vote.

New York Democratic Senator Chuck Schumer tried to get consent to pass a House bill that requires the use of paper ballots and included new funding for the Election Assistance Commission.

In a statement explaining his rejection of the bill, McConnell told The Hill, “Clearly this request is not a serious effort to make a law. Clearly something so partisan that it only received one single solitary Republican vote in the House is not going to travel through the Senate by unanimous consent.”

McConnell also rejected a consent motion to pass legislation that would require candidates, campaign officials and family members reach out to the FBI if they received offers of assistance from foreign governments.