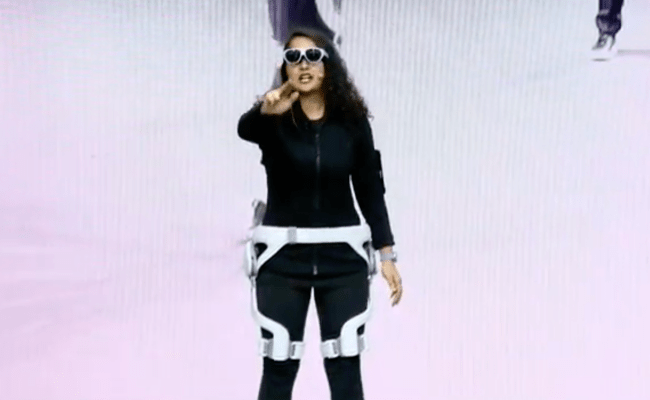 I wore a prototype of the device lates year, which offered both walking assistance and resistance. The latter is what’s at play here, with the robotic wearing giving you increasingly difficult workouts.

That pairs with AR glasses and a handset, giving you a creepy ass AR workout instructor Like Ballie before it — not to mention all of the different Samsung robotic offerings — the exoskeleton is still very early stages. Keep in mind, the theme of the night was “Age of Experience,” meaning that basically everything we saw tonight was conceptual.

In Samsung’s defense, this application could provide a clearer revenue path. There are already a number of companies vying for the assistive wearable exoskeleton category. Samsung is potentially going after an even larger portion of the population, essentially serving as an at-home gym. Though if and when such a device does come to market, it’s likely going to be a lot more than a monthly gym subscription.