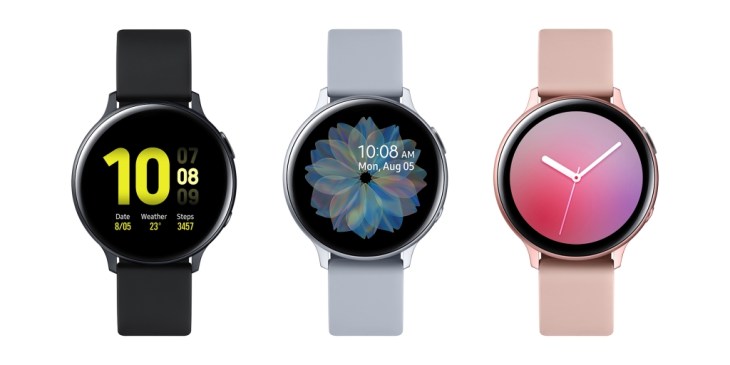 Samsung Electronics announced today that its blood pressure monitoring app for Galaxy Watches has been approved by South Korean regulators. Called the Samsung Health Monitor, the app will be available for the Galaxy Watch Active2 during the third quarter, at least in South Korea, and added to upcoming Galaxy Watch devices.

TechCrunch has contacted Samsung for more information on when the app, which uses the Galaxy Watch Active2’s advanced sensor technology, will be available in other markets.

It was cleared by South Korea’s Ministry of Food and Drug Safety for use as an over-the-counter, cuffless blood pressure monitoring app. The app first has to be calibrated with a traditional blood pressure cuff, then it monitors blood pressure through pulse wave analysis. Users need to recalibrate the app at least once every four weeks.

According to a recent report by IDC, in the last quarter of 2019, Samsung wearables ranked third in terms of shipments, behind Apple and Xiaomi, with volume driven by its Galaxy Active watches. Samsung has sought to differentiate its smartwatches with a focus on health and fitness monitoring, including sleep trackers.